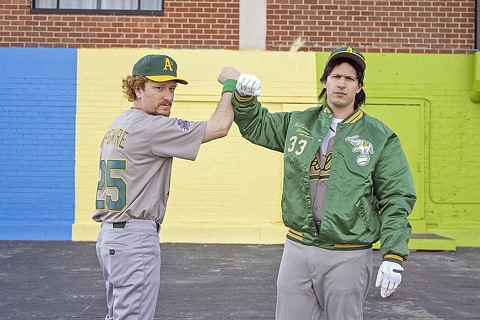 1. BART Board of Directors on Thursday proposed a 3.7 percent fare increase every two years starting in 2022 and running through 2028, the San Francisco Chronicle reports. The board may also install new entry gates to ward against chronic fare evasion. $$

2. "Owner-occupied duplexes and triplexes will no longer be exempt from Oakland’s rent control and tenant protection laws. City Council members voted early Wednesday morning to end the exemption, which tenants rights’ activists called a “loophole” often abused to drive up longtime tenants’ rents or force them out," the East Bay Times reports. $$

3. The bill for Kamala Harris's presidential kickoff rally in Downtown Oakland is now due. The San Francisco Chronicle reports the city sent Harris's campaign an invoice for Oakland Police service that was $187,000 alone. $$

4. The police lobby in Sacramento is surrendering to legislation that would raise the standard for when law enforcement can use lethal force from a reasonable fear of imminent danger to necessary use, the Associated Press reports.

5. Dublin's population increased by 4.5 percent from 2017 to 2018, making the Tri-Valley city the fastest-growing in California and 11th fastest-growing in the U.S., the East Bay Times reports. Dublin's high rate of housing construction, however, has mostly excluded affordable housing. $$