Low-income housing on state-owned land could come to Oakland 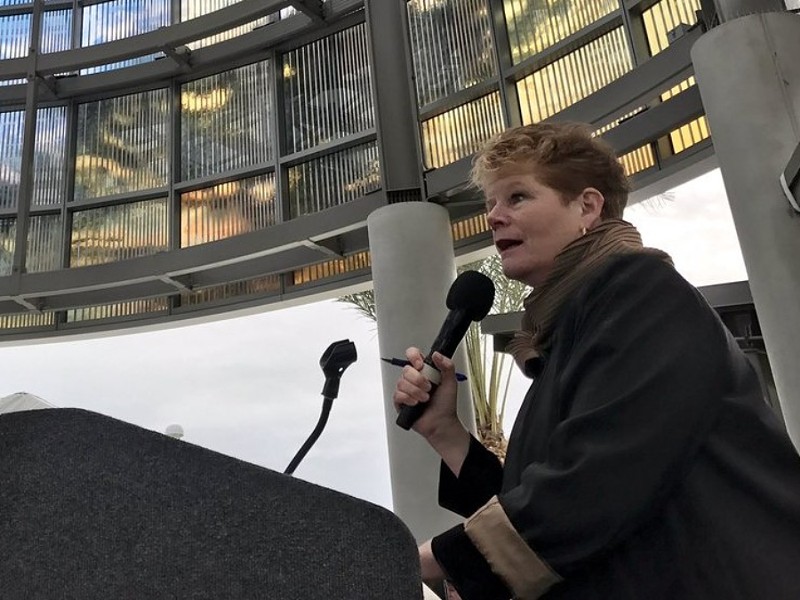 BART BART General Manager Grace Crunican at the opening of the Warm Springs station in Fremont.
News you don't want to miss for April 12-14:

2. Gov. Gavin Newsom plans to seek bids from developers to build low-income housing on up to 1,300 state-owned parcels, the Los Angeles Times reports. Oakland Mayor Libby Schaaf said she would work with Newsom to find suitable parcels in her city. $$

4. "White House officials have tried to pressure U.S. immigration authorities to release detainees onto the streets of “sanctuary cities” to retaliate against President Trump’s political adversaries, according to Department of Homeland Security officials and email messages reviewed by The Washington Post." Political payback is likely the motive. San Francisco was mentioned. The East Bay is home to a number of sanctuary cities, including Oakland, Berkeley, and Alameda. $$

6. San Leandro public officials are facing a conundrum. While progressives and environmentalists want the city to end its banking contract with Wells Fargo, the East Bay Citizen reports, there's a big problem. All of the bids for the contract have various degrees of investments in fossil fuels.

8. "Over 70 artists, archivists, curators and collaborators of all stripes came together in partnership with the Oakland Museum of California for its interdisciplinary exhibit, "Queer California: Untold Stories," which is set to open on April 13, SFGate reports.