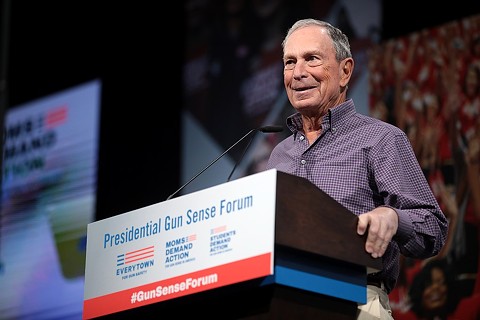 1. Fifteen FEMA trailers to house up to 70 people rolled into Oakland on Thursday. In addition to the temporary housing, Gov. Gavin Newsom announced that Alameda County is receiving $38 million in state aid for the homeless, the San Francisco Chronicle reports. Oakland is receiving $19.7 million of the total. $$

2. Housing advocate's hopes were buoyed on Thursday when Senate Bill 50, the high-profile and controversial legislation that aims to increase housing density around transit centers, was approved by a committee that voted against a similar version of the bill last year, the San Francisco Chronicle reports.

3. In the aftermath of "Moms 4 Housing," Oakland Council President Rebecca Kaplan thinks the city should purchase a number of properties in Oakland that will soon be going to auction for non-payment of county property taxes, the East Bay Citizen reports.

4. Democratic presidential candidate Michael Bloomberg visited downtown Oakland on Friday morning and had coffee with Mayor Libby Schaaf, the East Bay Times reports. Bloomberg then headed to a fundraiser at Everett & Jones BBQ near Jack London Square. Was Bloomberg trying to nab an endorsement from Schaaf? She's a free-agent after being an early endorser of Sen. Kamala Harris' campaign. $$

6. The Oakland-Alameda County Coliseum Joint Powers Authority voted early Friday morning to rescind its $1 million a year stadium naming-rights deal with RingCentral, the San Francisco Chronicle reports. The move comes after former JPA Executive Director Scott McKibben was charged with felony conflict-of-interest when he sought $50,000 from the company to negotiate the contract. The JPA is now negotiating a new contract with RingCentral. $$

7. Another airline carrier is ditching the Oakland Airport. JetBlue announced it will end service at the airport on April 29, SFGate reports. The loss of JetBlue means the Oakland Airport will no longer have a direct flight available to New York City.