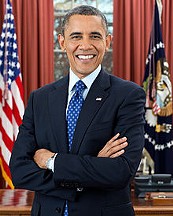 1. President Obama today officially rejected the controversial Keystone XL pipeline project, which would have brought dirty tar sands oil from Canada to refineries in the southern United States, The New York Times$ reports. The president’s decision — seven years in the making — represents a major win for the environmental movement, and comes in advance of the Paris climate change talks next month. The Keystone XL would have greatly expanded the excavation and use of tar sands oil and produced huge amounts of greenhouse gas emissions.

4. The Oakland City Council is considering a $1 million plan — championed by Councilmember Rebecca Kaplan — to better track the sale and use of illegal firearms in the city, the Trib$ reports.

5. A Berkeley High School student has admitted to posting a racist message on a school library computer, the Chron reports. The message, which targeted African Americans, prompted about 2,000 Berkeley high students to stage a street protest in downtown Berkeley yesterday.

6. Students at Castlemont and Fremont high schools in Oakland will no longer be relegated to “sham" classes — like filing paperwork in school offices — as a result of a settlement of a lawsuit brought by civil rights attorneys against Oakland Unified and other school districts, the Chron reports.

7. Kaiser mental health workers plan to stage a one-day strike on November 16 to protest the fact that the healthcare giant employs too few mental health professionals, the Chron reports.