1. Covered California — the state’s version of Obamacare — has denied the president’s request to allow people to keep health-care policies that are to be canceled this year, the Chron reports. The five-member board of Covered California noted that allowing about 1 million residents to keep inexpensive plans that fail to meet the minimum requirements of the Affordable Care Act could seriously damage the new health-care system, because it would keep too many young, healthy people out of the Obamacare pool. The success of Obamacare is predicated on the need to have as many young, healthy people sign up as possible in order to finance the costs of treating seriously ill patients. But the president requested that states extend the deadline for ending cheap insurance plans after it became clear that his promise that people would be able to keep their insurance under his plan was untrue. 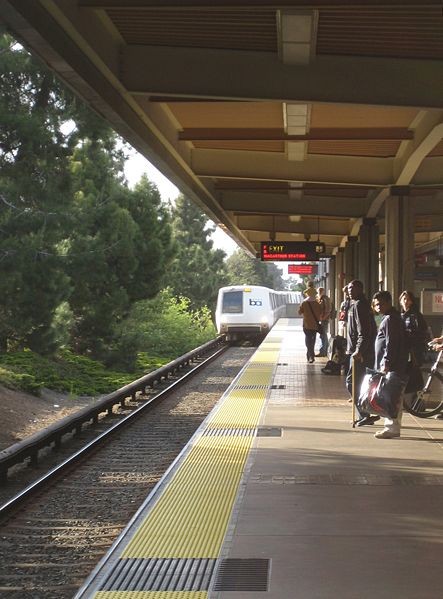 2. BART unions say a vote yesterday by the transit agency’s board of directors was illegal, because the panel did not have the authority to approve part — but not all — of the tentative contract agreement, the Chron and CoCo Times report. The board refused to approve the disputed paid-family-leave provision, and then voted to okay the rest of the proposed deal. The unions say they’re meeting with attorneys and the controversy could end up in front of the state Public Employee Relations Board or in the courts.

4. The Oakland City Attorney’s Office announced that it had won a $15.1 million legal judgment against a company that defrauded immigrants, the Trib and Chron report. The city has collected $200,000 so far, but it’s unclear how much more it will receive because the company, American Legal Services, has gone out of business and its owners may have fled the country.

5. Powerful winds overnight knocked down trees and power lines and contributed to two deaths in Oakland, the Trib reports. One man was apparently electrocuted by a fallen power line in the city’s Fruitvale district while another died in a car crash on Skyline Boulevard after he apparently tried to avoid fallen debris on the roadway.

6. Nearly two-thirds of the greenhouse gases in the earth’s atmosphere can be attributed to just ninety companies worldwide, the LA Times$ reports, citing a new study. The top five contributors to climate change include San Ramon-based Chevron Corporation.

7. And 27 of Governor Jerry Brown’s former aids and advisors have signed a letter urging him to enact a ban on fracking in California, KPCC radio reports (via Rough & Tumble).