1. The Berkeley City Council this week moved forward with a new law that would require climate-change warning labels to be placed on gas pumps in the city, the Trib$ reports. The council voted 7-2 to direct the city attorney to craft language for the proposed law. The proposal will then come back to the council for final approval. 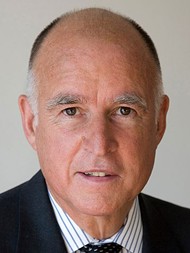 2. Despite protests by students and by Governor Jerry Brown, the UC Board of Regents approved a plan that could raise student tuition by 28 percent over five years, the LA Times$ reports. Some regents blamed Brown for the tuition hike, noting that he had vetoed $50 million in spending earmarked for the University of California system, the SacBee$ reports.

4. The old Sears building in downtown Oakland is getting a makeover and as part of a plan to transform it into a space for tech and retail businesses, the Chron reports.

5. Charter schools throughout California have been violating the law by requiring parents to fulfill “volunteer” time as a condition of their children attending school, the LA Times$ reports, citing a new study from the Public Advocates law firm.

6. State regulators have fined PG&E $1 million for the judge-shopping scandal, in which the utility lobbied to install a friendly judge in a rate case, the LA Times$ reports.

7. And in defiance of Republicans, President Obama issued an executive order that protects 5 million immigrants from deportation, the Chron reports.