1. BART official told state legislators that the agency may have to cut back on its operating hours because of new safety protocols following the death of two workers during last month’s strike, the CoCo Times reports. BART officials also came under heavy fire from lawmakers for failing to improve safety conditions earlier, despite a previous death. Legislators noted that BART has a history of fighting state safety requirements rather than quickly implementing them. 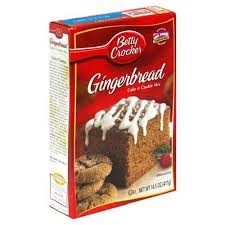 2. The US Food and Drug Administration announced that it plans to ban trans fats from the US food supply, the LA Times$ and Chron report. Trans fats — which are made from hydrogenated oil and used to give processed food a longer shelf life — have long been known to cause health problems. The Centers for Disease Control and Prevention estimates that banning trans fats will prevent 7,000 deaths a year.

3. President Obama apologized to the nation last night for repeatedly making the false statement that people would not lose their health insurance plans under Obamacare. Since the rollout of the Affordable Care Act last month, millions of Americans have received notices that their insurance will be canceled because it doesn’t meet the minimum health coverage requirements of the new law. Those people must now buy new plans.

4. The US Senate passed landmark legislation that adds legal protections for gays, lesbians, and transgender people in the workplace, the LA Times$ reports. However, the Republican-controlled House is vowing to block the Employment Non-Discrimination Act, known as ENDA.

5. Prosecutors charged an Oakland High School 16-year-old with hate crimes, along with felony aggravated mayhem and assault, that could put him in prison for life after he set a nonbinary gender teen’s skirt on fire on an AC Transit bus, the Trib reports. Police said the 16-year-old defendant is homophobic. The victim suffered serious burns in the incident and remains hospitalized.

7. And Twitter, which has yet to make a profit, had a record launch on the stock exchange in trading that valued the company at $25 billion, the Mercury News reports.