1. United States Attorney General Eric Holder has ordered federal prosecutors nationwide to stop seeking long prison sentences for nonviolent drug offenders, the Washington Post reports. The major policy change affects defendants who have been charged with low-level drug crimes but have not yet gone on trial as well as those who have been convicted but not yet sentenced. Holder’s order, which follows a recent directive by his office to lay off marijuana cases in states in which cannabis is legal for recreational or medical use, could have a major impact on the nation’s overcrowded prisons. “Although the United States is home to 5 percent of the world’s population, almost a quarter of the world’s prisoners are in US prisons, according to the Justice Department,” the Post reports. “There are more than 219,000 federal inmates, and almost half of them are serving time for drug-related crimes.” 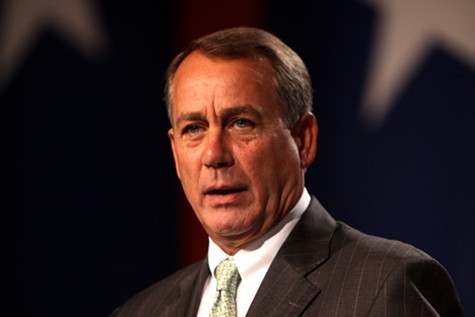 2. The GOP-controlled House of Representatives voted to decimate the nation’s food stamp program, approving legislation that would slash $39 billion in aid for low-income people, the Washington Post reports. House Republicans, however, refused to also cut huge federal subsidies for Big Agriculture. The Senate is not expected to approve the House bill, and President Obama has vowed to veto it.

3. State regulators gave the green light to increasingly popular ride-sharing companies like Uber, Lyft, and SideCar, in a move that promises to spur their already-rapid growth and could spell the end for traditional taxicabs, the Chron reports. Although the new companies must abide by some regulations under rules adopted by the California Public Utilities Commission, they likely will be able to generate more profit than taxis, which must abide by numerous city regulations and fees.

4. The state’s political watchdog agency has decided to crack down on political campaigns that pay bloggers to write content on their behalf, the LA Times$ reports. The new rules from the California Political Practices Commission requires political campaigns — or the bloggers themselves — to publicly disclose when a campaign has paid for blog content, or face financial penalties.

5. San Francisco is the third most energy-efficient city in the nation, while Oakland and Berkeley aren't even in the top thirty, according to KCET’s Rewire (via Rough & Tumble), citing a new report from the American Council for an Energy-Efficient Economy. Boston ranked first, followed by Portland, Oregon, with New York City tying San Francisco for third.

6. And scientists are baffled as to what happened to all the debris from the giant tsunami that decimated Japan’s coastline in 2011, the Mercury News reports.