1. Oakland Councilmembers Ignacio De La Fuente and Desley Brooks requested and received special treatment from the Oakland police department when each of their cars were burglarized, the Bay Citizen reports. The councilmembers both used their influence to call high-ranking OPD officials to get police to respond to their problems — in possible violation of city law. In addition, the understaffed police department normally makes car burglaries a very low priority and often doesn’t respond to them, but the department sent sergeants to investigate both councilmembers’ burglaries. The incidents also occurred at a time when both De La Fuente and Brooks refused to hire more police officers than the 22 cops that Mayor Jean Quan plans to bring back. 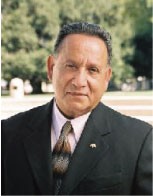 But our favorite detail: What was De La Fuente doing with a briefcase in his car stuffed with $1,000 in cash and twenty Rihanna and Sade concert tickets?

2. In a major victory for LGBT rights, Governor Jerry Brown signed a bill into law yesterday that requires California public schools to teach students about the accomplishments of gay, lesbian, bisexual, and transgendered people throughout history, the Chron reports. The move also could have a big impact on LGBT education nationwide, because textbook publishers often use California standards as a blueprint for the country.

3. The Alameda firefighters’ union continued to hand out major campaign donations to city politicians this year at a time when they were negotiating a new contract, which critics say turned out to be a sweetheart deal for the union, the Alameda Sun reports. The firefighters donated a total of $10,500 to Mayor Marie Gilmore and Councilmembers Lena Tam, Rob Bonta, and Beverly Johnson to help them retire their campaign debts from last year’s election. Those four also voted for the firefighters’ new contract. The firefighters also were the biggest contributors to Gilmore, Tam, and Bonta in 2010 and helped them win election.

4. The state Supreme Court upheld a plastic bag ban in Manhattan Beach, overturning lower court rulings that said that the Southern California city had to first complete an environmental impact report, the SacBee reports. The decision could influence other cities to enact plastic bag bans, including Oakland, which abandoned its ban because of the cost of doing an EIR was prohibitive. However, the high court’s ruling left open the possibility that larger cities may still be required to do EIRs.

5. State Senator Loni Hancock of Berkeley introduced a constitutional amendment that would allow the state legislature to put proposed tax increases on the ballot with a simple majority vote and then would allow voters to approve the increases with a simple majority, too, the Trib reports. Currently, the state constitution requires a super-majority, two-thirds vote to raise taxes, which, in turn, allows a small minority of Republicans to block them.

6. State Assemblywoman Nancy Skinner of Berkeley, along with several other legislators, said yesterday that a proposal by Amazon.com for a ballot measure that would overturn a new online sale tax law is unconstitutional, the SacBee reports. Skinner and her colleagues contend that budget-related bills, like the Amazon.com sales tax legislation, are not subject to voter referendum. Skinner’s legislation, which was signed by Brown, closes a loophole in state law that exempted Amazon.com and other online retailers from charging sales tax.

7. Oakland Police Chief Anthony Batts hired ex-San Francisco interim Police Chief Jeff Godown to take command of OPD’s beleaguered investigative unit, the Chron and Trib report. Godown, a longtime cop for LAPD, also has experience in implementing anti-police-corruption federal consent decrees like the one that Oakland has failed to live up to.

8. And California’s beer tasting scene may get a whole lot larger, thanks to new legislation on the governor's desk that makes it much easier for small craft brewers to open tasting rooms to the public, the San Diego Union-Tribune reports.