Friday Must Read: Heavy Energy Users Get Rate Cut; State Lawmakers Kill Bill that Would Have Banned Gifts to Them

1. State regulators yesterday acted as if climate change doesn’t exist, approving a plan to give PG&E’s biggest energy users a 17 percent rate cut, while slightly raising rates for people who have been conserving energy. But as ridiculous as the new rules are, they could have been even more absurd. The California Public Utilities Commission had considered a proposal by PG&E to dramatically slash rates for heavy energy users, the Chron and Mercury News report. Even so, the new rules will provide an incentive for energy wasters to waste even more, thereby adding to greenhouse gas emissions in California. 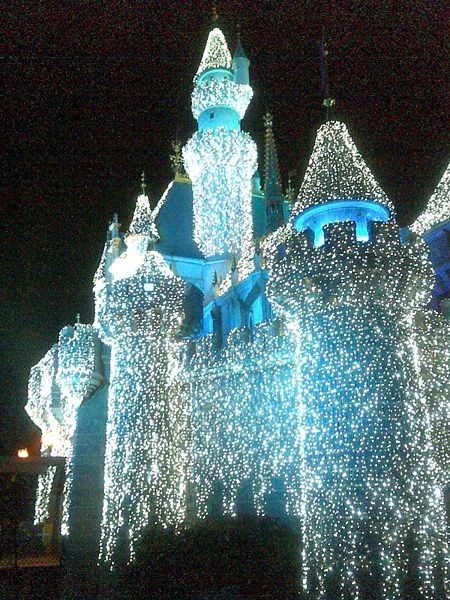 2. Democratic state lawmakers made it clear yesterday that they love getting tickets to major sporting events, and of course, to Disneyland. They killed a bill that would have prohibited lobbyists from showering them with gifts, the LA Times reports. The bill was written by moderate Republican Sam Blakeslee of San Luis Obispo and backed by good government groups. Democrats claimed that the cost of enforcing the new ban, about $200,000, was too high, but good government folks noted that it would have been offset by fines levied on rule breakers. Last year, elected officials accepted gifts totaling $637,000.

3. It’s official, economic downturns and high unemployment do not cause spikes in violent crime. In fact, they appear to have nothing to do with violent crime at all. The Chron reports that violent crime plummeted again last year in the Bay Area and the state, as it has done throughout the Great Recession.

4. The US Supreme Court upheld an Arizona law that allows states to target businesses that hire illegal immigrants, the LA Times reports. However, it’s unclear how the decision will affect another Arizona law that requires cops to detain suspects that they think are in the country illegally. Meanwhile, the California Assembly approved a bill designed to allow cities to opt out of a federal program that forces police to submit an arrestee’s fingerprints to a national database to determine if they’re here illegally, the Chron reports. Critics of the federal program, approved by the Obama administration, say it will lead to racial profiling, but it’s unclear whether states and cities can refuse to comply with it.

5. BART holds more secret meetings than any other public agency in the Bay Area. But the transit agency agreed to curtail the closed-door confabs after a scathing editorial about them in Bay Area News Group newspapers.

6. The Oaks Card Club in Emeryville has agreed to pay a $275,000 fine to the state and clean up its act in the wake of a law enforcement raid earlier this year that uncovered evidence of drug dealing and loan sharking, BANG reports. Artichoke Joe’s in San Bruno, which was also raided, agreed to the same deal.

7. And an Alameda County judge refused to stop the installation of a Jonestown memorial in Oakland this weekend that includes the name of Jim Jones, the crazed reverend who fed deadly Kool-Aid to himself and his parishioners more than three decades ago in a mass death of 900 people.