Tom Henderson agreed to pay more than $1.4 million but could still lose his house or face criminal charges. 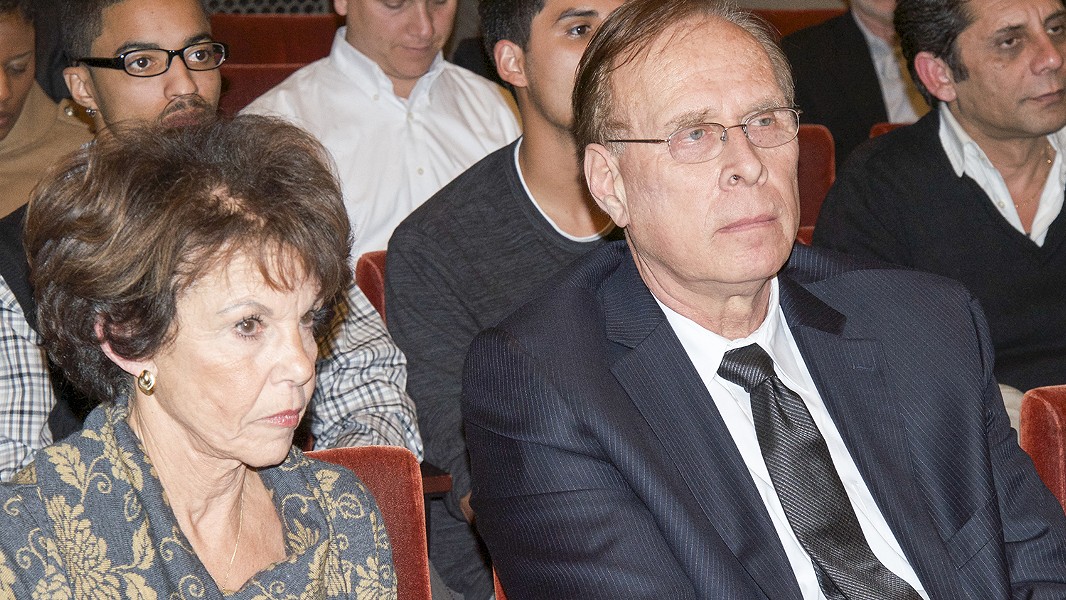 He once raised millions of dollars from foreign investors, promised to bring thousands of jobs to Oakland, and spent $42 million on real estate in the city. Now, former Tribune Tower owner Thomas Henderson has lost nearly everything as he prepares to settle a sprawling fraud suit brought by the U.S. Securities and Exchange Commission.

The settlement still needs final approval from U.S. District Judge Richard Seeborg, and a hearing is scheduled for Sept. 27. But it is almost certain to be approved as it has already been signed by both the SEC and Henderson. It would require Henderson to pay $750,000 in penalties to the SEC and more than $650,000 to a court-appointed receiver. Failure to pay could result in Henderson losing his house, which is located in the Upper Lakeshore neighborhood in Oakland and valued at up to $1.7 million.

Although Henderson's role in the case will conclude with the settlement, the court-appointed receiver is still working on selling off Henderson's assets to repay his allegedly duped investors. According to the SEC, Henderson built his business empire by exploiting the EB-5 visa program, a federal program that provides green cards to investors who contribute $500,000 to a U.S. business that creates at least 10 full-time jobs. Interest in the program has swelled in recent years, with $4.4 billion invested in 2015. As the program has grown, the SEC has uncovered fraud.

Similar allegations have led to criminal charges. For example, Chicago hotel developer Anshoo Sethi solicited $158 million from more than 290 investors. He told investors he was building a hotel and convention center near O'Hare International Airport, but he lied about his relationships with large hotel chains and forged a document that indicated city support for his project. Sethi was sentenced to three years in prison last year.

Henderson's settlement does not require him to admit any wrongdoing and doesn't shield him from future criminal prosecution. The U.S. Attorney's Office and the FBI both said they could not confirm or deny the existence of any ongoing investigations and declined to comment on Henderson. Henderson's attorney, Gilbert Serota, declined to comment on the settlement or any potential criminal charges. But in a series of emails, Henderson scoffed at the idea that he could face criminal charges and said he has not been contacted by federal prosecutors or the FBI.

When provided with details of Sethi's case as an example of a successful prosecution for similar allegations, Henderson said his and Sethi's cases were "apples and oranges."

"Nothing to do with our projects," Henderson wrote. "You'll see in time."

Henderson isn't alleged to have raised quite as much money from investors as Sethi. When the SEC sued Henderson, the agency said that he'd raised $115 million from 215 investors from 2010 through 2016. The funds in both cases were primarily raised from Chinese investors seeking green cards, and in both cases the SEC sued to recover their funds. By the time Sethi was sentenced, the U.S. Department of Justice said the SEC suit had recovered $147 million.

But Henderson didn't need to forge a document to suggest he had the support of local politicians: In 2012 he received letters of support from then-San Francisco Mayor Ed Lee and then-Oakland Mayor Jean Quan. Both letters are still posted on the website for his company, San Francisco Regional Center.

Henderson founded the company in 2010 and established numerous businesses over the next few years, including a nursing center, several call centers, a grocery store project, and a warehouse. The SEC's suit alleges that he would initially set up the business he proposed, but then divert some portion of the funds he raised for other purposes, such as a restaurant venture or real estate investment.

For example, his first business was a skilled nursing facility in East Oakland. Henderson used $1.3 million in funds he raised for that venture to purchase the iconic Tribune Tower, according to the SEC. He used another $3.8 million from EB-5 investors to open two restaurants with restaurateur Chris Pastena, including the Tribune Tavern at the base of the tower, without disclosing to investors that their funds would be used for that purpose.

Some of Henderson's investors did get green cards. But for many others Henderson never reached his job creation benchmarks. The SEC's case has been focused on recovering funds for the investors as well as settling other claims against Henderson from former business partners and other associates.

After the SEC filed its lawsuit in January 2017, all of Henderson's business interests were seized and put under the control of a court-appointed receiver, Susan Uecker. Uecker was already the receiver for assets belonging to Henderson's CallSocket call center businesses in litigation brought by former partner Allan Young. But her role was expanded under the federal litigation to include control of dozens of Henderson's companies and tens of millions of dollars in real estate. Uecker has been winding down the businesses and liquidating assets.

The only asset Henderson had left was his house, purchased in 2014 for $1.4 million. The SEC alleged that he used $346,000 in investor funds toward its purchase.

The settlement allows Henderson to hold onto the house if he pays $500,000 to Uecker and settles two outstanding liens. That includes paying for a separate settlement reached between Uecker and attorney Leeds Disston, the only employee of San Francisco Regional Center other than Henderson listed on its website.

Shortly after being named receiver in 2016, Uecker complained during a hearing in Alameda County Superior Court that Henderson's companies were operating out of the Tribune Tower rent-free while some other people and companies affiliated with Henderson were given "sweetheart" deals on rent. One of those people was Disston, who was also at the hearing representing Henderson. According to Uecker, Disston's rent was only $1 per year.

Uecker sold the Tribune Tower in September 2016. Disston remains a tenant there.

Around that time, the operator of Henderson's nursing home business, Shirley Ma, purchased Henderson's share of her company after she realized that Henderson had diverted funds raised for her business to the Tribune Tower purchase.

Disston then used $1 million from Ma to put a loan in his own name that Henderson had obtained from Community Bank of the Bay to buy his house, according to Uecker. Disston did this to secure $877,000 in legal fees owed to him, according to court documents.

The settlement requires Henderson to give up any interest in his companies and prevents him from making any future claims against the receiver. It also forbids him from selling securities in any company controlled by him. So he may manage to hold onto his house, but he will never rebuild his empire. 