Former Alameda Mayor is Interested in Running for City Council

by Steven Tavares and Stephen Buel 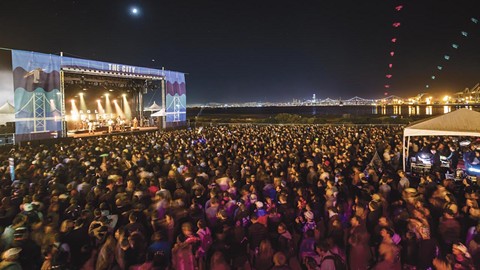 Former Alameda Mayor Trish Herrera Spencer is contemplating a return to the City Hall in the November 2020 election, but not as mayor.

After four tumultuous years as mayor, Spencer lost re-election last year to council mate Marilyn Ezzy Ashcraft. Next year's fall election will feature re-election bids by two councilmembers who were tarnished by the city hall scandal over the past two years that included the city manager and interference over the hiring of a new fire chief.

Despite Spencer's defeat last year, she still remains popular among a sizable portion of Alameda's electorate. There is also recent precedent in Alameda for moderate to center-right candidates to be successful when stoking opposition against the powerful, mostly progressive, firefighters' union.

Current Councilmember Tony Daysog used the scandal, along with high name recognition among voters, to win back a seat on the council after a two-year absence.

The same path to success seems possible for Spencer, if she decides to run. However, there is consensus that the firefighters' union, which sat out the mayor's race last year due to antipathy toward all of the candidates in the field, will not stay quiet in 2020. Over the years, Spencer and the union have, at times, brutally clashed over pay, funding for firehouses, and pensions for firefighters.

The Treasure Island Music Festival, which last year was relocated to Oakland's Middle Harbor Shoreline Park, was abruptly cancelled, the event's promoters announced on Monday. The move came in response to a July cease and desist order that the Bay Conservation and Development Commission issued to the Port of Oakland, the park's operator. The port apparently had been supposed to obtain commission permission for any events held at the park, but has consistently neglected to do so. Event organizers have no plans to relocate this year's festival. ... Oakland and Hayward police staged joint sting operations along International Boulevard and in a Hayward hotel room where they arrested 43 johns and 2 pimps in a prostitution crackdown that was part of a larger national effort, the East Bay Times reported. The Alameda County District Attorney's office announced that it helped with the four July operations. ... BART is no longer selling paper tickets at its 19th Street Oakland station, the first step in a long-term initiative to wean all BART users off of paper tickets in favor of plastic Clipper Cards. ... Two thieves appear to have stolen filmmaking equipment and years worth of priceless footage from a Berkeley film production company, Berkeleyside reported. Surveillance footage of the apparent heist shows a man and woman removing several computers and several large boxes from the West Berkeley office. ...

More than 26,000 state government retirees now receive pensions that exceed $100,000 per year from the California Public Employees Retirement system, the East Bay Times reported. Back in 2005, only 1,841 people earned that much in state retirement. ... Thanks to the state's new gas tax and other revenue measures, Caltrans and various local governments are engaged in an unprecedented number of road improvement projects, the Times reported. Among the improvements is a sorely needed repaving of I-880 between Fruitvale and 23rd Avenues in Oakland. ... After more than two years of negotiations, the University of California and the University Technical and Professional Employees-Communications Workers of America 9119 union reached a tentative five-year contract that could affect more than 13,000 employees. Members of the union now have until August 8 to ratify the contract, the Daily Cal reported. ... RePlanet, California's largest operator of recycling redemption centers abruptly closed its business on Monday, citing the dire economics of modern recycling, the Times reported. ...

Berkeley police recently alerted members of the public of a sudden surge in thefts of catalytic converters from off of cars — chiefly Toyota Priuses. A police news release noted that there have been at least 14 such thefts in the past two weeks, the Daily Californian reported. The devices are stolen for their scrap value due the valuable metals that they contain, including platinum, copper and nickel. ... The Safeway store at College and Claremont in Oakland can no longer sell alcohol after being caught selling liquor to underage buyers for the third time in three years, Berkeleyside reported. ... NIMBY neighbors of a new bar at 1780 Telegraph Ave. are protesting the issuance of a long-term liquor license to the facility because they are shocked — shocked!!! — to encounter signs of life in downtown Oakland after 10 p.m., the Chronicle reported. The new bar Here's How, recently won a Best Of the East Bay award.