The Florida Supreme Court has set December 5 as the date for arguments in a lawsuit over the placement of a medical marijuana measure before Florida voters. Last month, medical marijuana advocates People United for Medical Marijuana submitted petitions and ballot language for a November 2014 measure vote. Last week, however, Attorney General Pam Bondi asked the Supreme Court to throw it out. 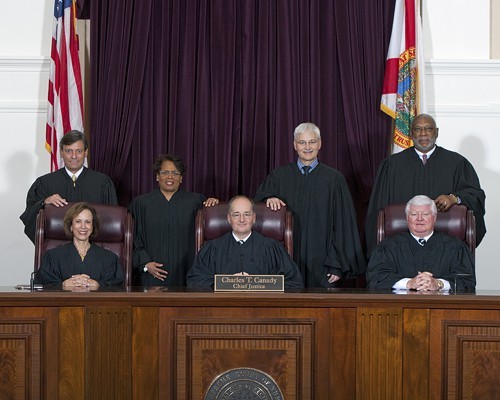 "If the Supreme Court sides with People United, then the proposed amendment would clear another hurdle in organizers attempts to get it on the ballot. They still have to gather 683,149 valid petition signatures by Feb. 1, 2014. And if it gets on the ballot, it must get at least 60 percent of the votes to be adopted," the Orlando Sentinel reports.