The states of Colorado and Washington — tasked with setting up a regulated cannabis industry — have hit a barrier: a lack of accredited labs that can test weed for potency and pathogens, the Wall Street Journal reports.

Cannabis remains a federally illegal schedule 1 drug, so any lab workers that tests it to ensure accurate potency and the absence of bacteria, and mold can end up in federal prison. 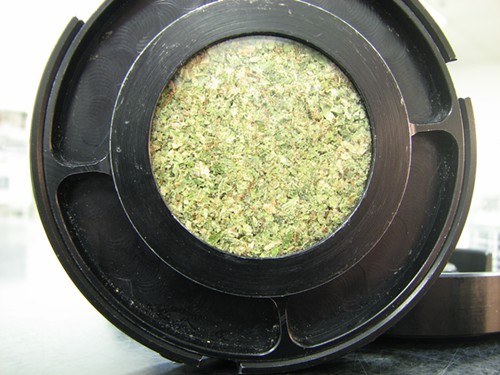 As such, the only cannabis labs in Washington and Colorado are run by new, risk-tolerant market entrants who developed their testing protocols in their garage.

"The standard margin of error is like 25 percent," said Evan Anderson, operator of 14er Holistics in Boulder, CO.

California has a much more established lab industry, and the folks at Steep Hill labs and CW labs in Oakland have been called in to consult for the State of Washington, they report.

But California labs, especially in Southern California battlegrounds, continue to struggle with accuracy. An East Bay delivery service operator told us yesterday that different labs have came back with different potency levels for the same batch of bud.

He said lab results vary by about 5 percentage points - so an 18 percent THC Sour Diesel might come back at 23 percent according to one lab, and 13 percent at another.

All commercial lab results exist within a margin of error, so we use lab numbers in conjunction with a bud's sight and smell to classify weed in our own three-tier, salsa-style system of "mild", "medium" and "fuerte," and most dispensary weed we encounter in the Bay is either medium-strength, or strong.