Federal Judges Ask Harborside Prosecutor: Why Have You Picked This Fight?

February 04, 2015
9 comments
The federal government is showing signs of exhaustion in its fight against medical cannabis. A member of a three-judge panel at the Ninth Circuit Court of Appeals Tuesday boldly asked federal prosecutors, “Why have you picked this fight [with the Oakland-licensed dispensary Harborside Health Center]?”

"In light of the (recent policy changes) it's a little curious we're here in this case," Judge Johnnie Rawlinson added.

The federal prosecutor for US Attorney Melinda Haag said he did not know why the office is still pursuing Harborside.

Haag continues to seek dispensary properties despite direction from both Congress and the US Attorney General’s Office to do something more useful with her scarce time and resources. 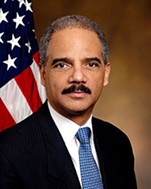 Attorney General Eric Holder said prosecutors should focus on black market traffickers, not state-legal businesses that follow the rules and pay their taxes. Congress de-funded the federal war on medical marijuana with a spending rider in December.

The judges' exasperation came as part of oral arguments Tuesday in an appeal of a lawsuit brought by the City of Oakland to protect Harborside from forfeiture.

Oakland sued Holder and the DOJ to block the forfeiture, arguing that shutting down the 108,000 member dispensary would create a public health and safety crisis. The lawsuit had been dismissed in a lower court, and Oakland appealed to the Ninth Circuit.

But the Ninth Circuit also showed little affinity for Oakland’s arguments Tuesday  — indicating it thought the city had little legal standing to block the forfeiture. Marijuana distribution remains federally illegal, one judge noted. Oakland needed to "Go to Congress with that argument," the panel said.

We don’t have a timeline for the Ninth Circuit’s ruling on City of Oakland vs Eric Holder Jr., but either side would likely appeal the ruling, potentially sending the case to the US Supreme Court and adding years to the already two-year-old case.

Harborside remains open for business and its founder states that it will never abandon California patients.