Taraji P. Henson shreds the competition as a female sports agent in What Men Want. 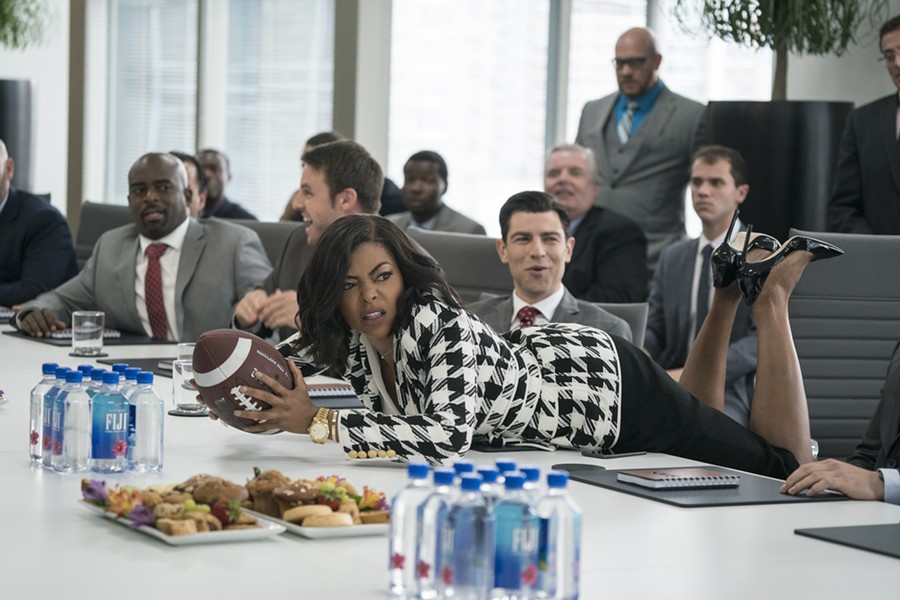 Try to imagine what would happen if we could drink a cup of tea that would allow us to hear the thoughts of other people. Without secrets, the world as we know it would change beyond recognition. No more politics. No more marriage. No more advertising, job interviews, blind dates, news and sports television, or games of chance. The cleverly titled What Men Want takes that borderline sci-fi proposition and turns it into a rollicking, genuinely funny romantic comedy, with Taraji P. Henson as the recipient of the mind-reading powers.

The effervescent Henson (Hidden Figures) plays Ali Davis, an Atlanta professional sports agent with self-esteem issues to match her intensely competitive instincts. No matter how much expertise and enthusiasm Ali puts into her job at an elite talent management firm, she never gets the recognition she feels she deserves, until that fateful evening when she takes a sip of “Haitian tea” from a fortune teller (Erykah Badu, in voodoo overdrive). All of a sudden Ali hears all the things her male colleagues — and her new boyfriend (Aldis Hodge), and her father (Richard Roundtree), in fact all the men she talks to — are really thinking. Cue predictable situations, buoyed by Henson’s irrepressible high-energy personality.

Henson and director Adam Shankman rely on the efforts of eight different writers (!) to put Ali through her paces, which inevitably involve her learning Valuable Life Lessons, especially the one about taking a deep breath and actually listening to someone before you speak. Livewire Henson rescues the movie repeatedly, with vigorous help from actors Josh Brener (as Ali’s gay assistant), Tracy Morgan (motor-mouthed father of a number-one NBA draft pick), ex-jock Brian Bosworth (Ali’s boss), and Shaquille O’Neal, as part of a poker game where mind-reading Ali controls the table. The raucous wedding scene, in which absolutely no one can forever hold their peace once the truth gets out, is worth the price of admission. Not to put too fine a point on it, but What Men Want, with its deft combo of Henson, social satire, sexual politics, and just plain sex, is the first 2019 release that actually means something.