‘Fahrenheit 11/9’ Is Most Urgent of Michael Moore’s Films

It’s not the most organized documentary, but the message is clear: Vote or else. 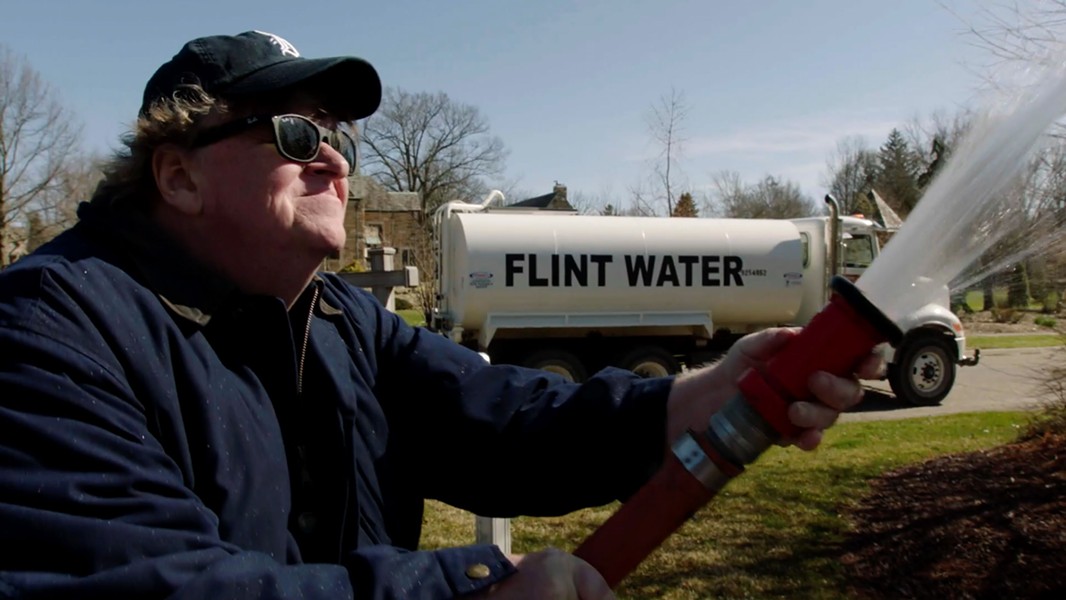 Michael Moore’s Fahrenheit 11/9 has a built-in fault that most of its intended audience is well acquainted with. We think we already know everything we need to know about the Donald Trump presidency, that we’re completely sick of worrying and talking about it, and that even if the famed polemical documentarian (Bowling for Columbine; Capitalism: A Love Story) digs up one or two startling bits of news on the situation, he’s merely preaching to the choir while selling tickets.

On the other hand, Moore himself might protest that if we think we’re sick of dealing with Trump and his co-conspirators now, wait until they lock up the Supreme Court; cut back Medicare, Medicaid, Social Security, and other longtime safety nets; fully implement their apparent war on non-white and poor people; and finish privatizing everything in the country, from schools and prisons to rainwater. The message comes across loud and clear: You ain’t seen nothin’ yet. Not if the majority of voters lets it happen.

The “letting it happen” question is the new doc’s center of gravity. Other Moore films have tackled guns, health care, economic inequality, predatory corporations, and the foibles of the ruling class — always in the context of the haves versus the have-nots. But Fahrenheit 11/9 may be the most closely focused of them all. It’s a straight-ahead public service announcement created to arouse voters in the upcoming midterm elections.

Moore’s notorious prediction of the Trump victory in 2016 has turned the filmmaker into sort of a roly-poly Cassandra. He blames a “Trump-media partnership” for repeating the president’s untruths at the top of each news cycle, beginning with the 2016 campaign. And he faults Bill and Hillary Clinton and Barack Obama for their corporate liberalism.

To illustrate, the doc zeroes in once again on Flint, Mich., the ramshackle former auto factory town where Moore’s family once worked (and the setting for Roger & Me). Since 2014 that city has suffered from a dangerously toxic water supply put in place by Michigan’s Republican state officials, who have dragged their heels on finding a solution to the problem. Finally in 2016 then-President Obama flew in, copped out with GOP Governor Rick Snyder, and essentially failed to save Flint’s majority-non-white population from its undrinkable water. The doc draws a straight line from that presidential snub to the election later that year — Democrats lost the Black vote and Michigan went for Trump. To Moore, the traditional Dems’ worst sin is that they compromise too much.

The doc’s lengthy comparison between the rise of Hitler’s Nazi Germany and Trump’s assaults on America’s democratic institutions may seem a little shrill, but Moore isn’t the only one who’s worried that we’re heading down the path to fascism. A phalanx of talking heads — including reporter Carl Bernstein; congressional candidates Alexandria Ocasio-Cortez (New York), Rashida Tlaib (Michigan), and Levi Tillemann (Colorado); and Parkland, Fla., student anti-gun activist David Hogg — is seeing the same warning signs. Like someone whose house is on fire, Fahrenheit 11/9 dashes back and forth between distressing scenes of Trumpian outrages and encouraging signs of grassroots progressivism in the heartland, searching for a way out.

This is not the most coherent and skillfully organized production in the Moore filmography. In fact, it often seems panicky. The point of this nervous-looking fire drill of a doc is that now is the time to put everything else aside and get our asses to the voting booth this November. The courts won’t save us. Neither will the Constitution. Nor the marketplace (ha!), nor CNN, nor The New York Times, nor The Washington Post. In this “Cold Civil War” (Bernstein’s apt phrase), the only way for the majority of Americans to resist the crimes of the plutocratic oligarchy is to register and vote as if our lives depended on it. It’ll be a struggle. It has always been. Moore sums it up thusly: “The America I want to save is the America we’ve never had.” Fahrenheit 11/9 is a desperate, heartfelt rallying cry from someone who cares deeply. If it resonates with us, we have to prove it.