Mama Lamees Is Coming This Summer to the Emeryville Public Market

Meanwhile, Minnie Bell’s Soul Movement is moving to a bigger spot in the food hall. 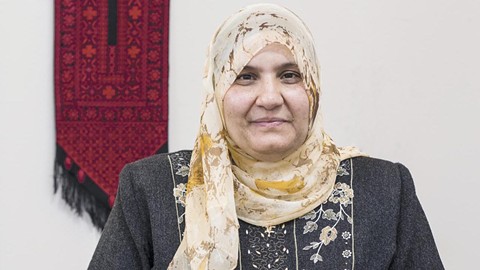 The kiosk has served as an important stepping stone for participants in La Cocina, the San Francisco food business incubator program that supports low-income food entrepreneurs — particularly women of color. After a successful run at that kiosk, Nyum Bai moved into its own space in Fruitvale Village. Minnie Bell's is planning to move to a larger space in the Public Market, where chef Fernay McPherson will expand her menu beyond her current offerings of rosemary fried chicken, mac 'n' cheese, greens, red bean and rice salad, and brown butter cornbread.

Meanwhile, newcomer Mama Lamees is headed by La Cocina participant Lamees Dahbour. Dahbour is of Palestinian descent and was born in Kuwait. She's been cooking Palestinian cuisine since the age of 11. Though she's always loved to cook, Dahbour never thought she'd have her own food business. For 16 years, she worked for the United Nations Relief and Works Agency, where she assisted refugees. But she was also in an arranged marriage to a husband who was physically abusive. After moving to San Francisco, Dahbour divorced her husband and raised her three kids as a single mom. Dahbour joined La Cocina in 2015, an experience that she says has been transformative for her.

"La Cocina is really an amazing nonprofit organization," Dahbour said. "As an immigrant, low-income ... a single mom, a domestic violence victim ... I end[ed] up having this resource to be on the right track. It's not just being a chef. ... It's being a leader for your business, besides being a chef."

Since then, she's sold her Palestinian food at events like Off the Grid, as well as through her catering business. She was also featured in an episode of KCET's The Migrant Kitchen entitled "Man'oushe," where she discussed Palestinian food alongside La Cocina alum and chef Reem Assil. Dahbour's menu focuses on traditional Palestinian dishes that are hard to find in many restaurants in the Bay Area.

"Most of the restaurants are serving ... hummus, baba ganoush, and falafel, and shawarma," Dahbour said. "When I started [at] La Cocina, I told them, there's really traditional, authentic Palestinian food ... this food is kind of unique, and you can't find it in the market."

At the kiosk, Dahbour plans to feature several favorites from her catering menu. She'll make musakhan, a flatbread topped with caramelized onions, almonds, and sumac. There'll also be finger food like ejja, fritters made of cauliflower, carrots, cabbage, and onion. For entrées, she plans to feature mansaf, a dish made with bread, rice, and lamb braised in labneh (yogurt), and maqloubeh, a rice dish with veggies and optional lamb or chicken that's flipped upside down out of the pot and topped with almonds. Vegan, vegetarian, and gluten-free options will be available. Because the Public Market is a food court, Dahbour also plans to serve some more portable options like falafel and shawarma wraps.

Mama Lamees is expected to take over the kiosk at the Emeryville Public Market at 5959 Shellmound Ave. in mid-summer.