Ellen Ullman Explores Her Inner Darkness With 'By Blood' 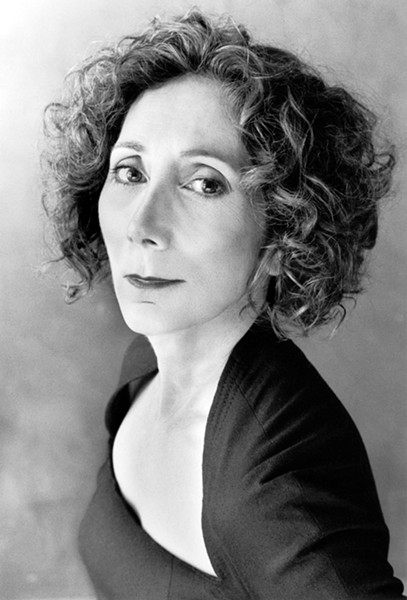 Ellen Ullman's first two books — the memoir Close to the Machine and the Kafkaesque coding thriller The Bug — both took place in a world the author knew quite well, computer programming. For By Blood, Ullman stepped away from bits and bytes to craft a wickedly smart, deeply creepy thriller of the San Francisco Gothic kind. By Blood takes what would be a normal, compelling mystery — that of an adopted woman's origins — and tells it from an unusual perspective, one that deepens the book's complexity even as it unspools the core mystery. A disgraced classics professor, attempting to write a series of lectures in a rented office downtown, becomes obsessed with a patient of the therapist next door, falling deeply in thrall of the analysand's questions of identity. The thin walls create a blind, voyeuristic intimacy that the professor revels in; similar walls provided the book's first spark of inspiration for Ullman, who has a small writing office in an old building similar to the one in By Blood. "The neighboring office, on the other side of a thin door, once held a matchmaking service," said Ullman. "I could hear the prospective couples being introduced, then their first attempts at conversation." Ullman told the matchmaker that she could hear everything, and the woman waved her off. "It was her choice to let me keep listening, and listen I did."

The narrator of By Blood doesn't make himself known — he remains nameless and faceless to therapist, patient, and reader alike, though he ultimately cannot keep himself from influencing events. But he is anonymous and unnoticed: His line of work renders him hopelessly old-fashioned; his bouts of paranoia and depression alienate him further, keeping him from connecting to the rapidly-changing Bay Area of 1974. His voice came to Ullman late one night, "and would not let go. I did not want to stay in that voice. I thought: I've set out to write a story about a young woman who searches for her origins; she will find them in post-war Europe; this narrator seemed to be taking me on a big detour....

"I once took an acting class, and I remember the teacher saying that you create a character by finding that part of you that is the character, and then expanding it, filling it out. The narrator is that part of me that is quite dark. I didn't want to expand him: He expanded himself."

Though she was surprised by the force with which this character gripped her, Ullman wasn't so shocked to find her Gothic side so easily accessed, given the books that inspired her early on: Edgar Allan Poe, Charlotte Brontë, George Eliot, Wilkie Collins. "It's an odd experience to see how little my sensibilities have changed in relation to these 'dark tales.' In many ways, it seems I'm still the high school kid who was forced to memorize 'The Raven,' and, despite the coercion, kept loving it."

Ellen Ullman appears on Wednesday, March 21, at Mrs. Dalloway's (2904 College Ave., Berkeley) in conversation with Jaron Lanier, who also has a new novel, You Are Not a Gadget, and wrote the introduction to the new edition of Close to the Machine (The Bug is also being reissued). Zyzzyva Managing Editor Oscar Villalon introduces the pair. 7:30 p.m., free. 510-704-8222 or MrsDalloways.com