Plus, Alamedans think teachers underpaid, but support may lag for new taxes. 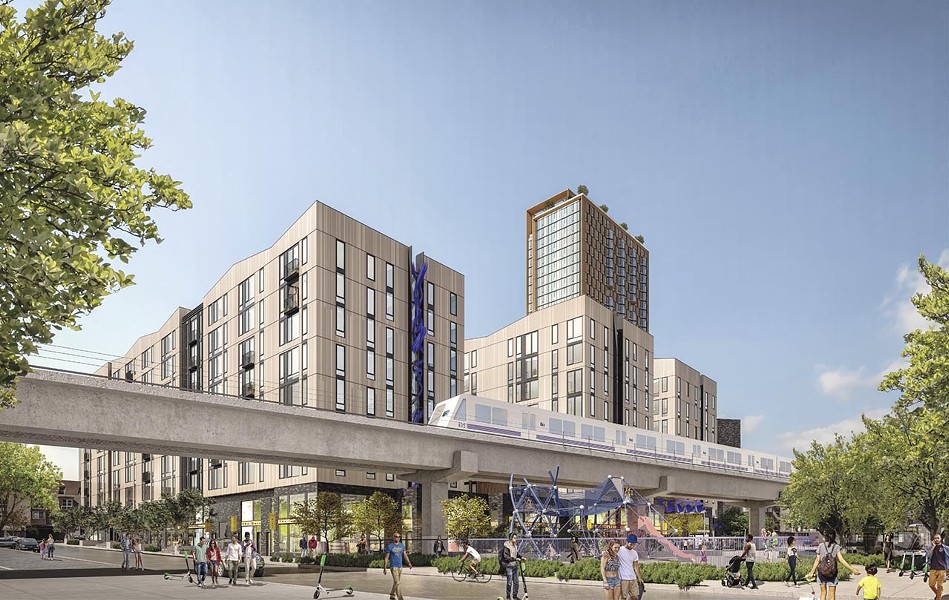 A proposed state constitutional amendment to lower the threshold for local tax and bond measures from 67 percent to 55 percent failed to gain its own two-third majority for passage in the state Assembly. The amendment, which would require the approval of voters, needed 54 votes for passage. It managed just 44.

Democrats said the two-thirds supermajority for passing tax and bond measures is inhibiting the ability of cities to fund affordable housing projects and exacerbating the housing crisis.

"A two-thirds supermajority threshold at the local level is undemocratic," Bonta said, and "relies on a false premise that the voices of those who wish to invest in their local community are somehow less valid, less important, and less valued than those who oppose those investments."

Assembly Republicans said taxes are already high enough. "By removing this threshold, we are making it easy to raise taxes on an already over-taxed state," said Orange County Assemblymember Steven Choi. "Isn't it enough that we are paying the highest taxes in many areas?"

The two-thirds threshold is a byproduct of Proposition 13, the landmark 1978 state measure that greatly limits property taxes on residential properties.

Alamedans strongly believe their teachers are underpaid, but support for a proposed parcel tax measure on the March 2020 primary ballot is at or below the two-thirds majority required for it to be a success at the ballot box, according to a poll commissioned by the Alameda Unified School District.

An early version of the proposed measure asks voters to approve a parcel tax of either 18 or 28 cents per square foot, which would generate between $7.6 million and $11 million in new annual revenues for the school district. The aim is to fortify teachers' wages in Alameda, which are consistently the lowest among their peers in Alameda County.

The opinions of Alameda voters toward a school parcel tax appear based less on the cost of the parcel tax and more with political ideology. The pollster split the 600 respondents into two controlled groups. One asking opinions about a parcel tax rate that generates an estimated $7.6 million in new annual revenues, while the other for a higher rate involving $11 million. The numbers showed few differences in opinion.

A baseline of 58 percent of Alameda voters supported either version of the parcel tax, according to polling results recently released by the Oakland-based pollster EMC Research. The percentage increased to 62 percent when voters leaning in support were added. However, when additional information about how the parcel tax will be spent is included in the survey, support rose to 65-68 percent, a number that borders at the minimum of 67 percent for passage.

"We see some movement, but not a lot," said Sara LaBatt of EMC Research, although it was consistent with previous polling over the years in Alameda. "We see some elasticity in their opinion."

The results are not entirely disconcerting for tax proponents, but most campaigns are more comfortable with initial polling that shows support in the low 70 percent-range for tax and bond measures.

Alameda, however, has historically been at the margins for barely passing tax and bond measures. In fact, seven have been successful in recent years, with only the Measure E parcel tax in 2010 failing at the polls.

An Alameda County judge ruled against a compliant made by opponents of a proposed Alameda wellness center for homeless seniors that city officials failed to properly study the project's impact on the environment.

Alameda County Superior Court Judge Frank Roesch ruled against the group calling itself the Friends of Crab Cove on Aug. 16.

"In the midst of a statewide housing and homelessness crisis, the Court's decision affirms that the City of Alameda could and in fact did take reasonable and lawful steps toward addressing both concerns," Alameda City Attorney Yibin Shen said. "We agree with the Court that the Council's rezoning decision is both lawful and fully consistent with the California Environmental Quality Act."

The property was last used by the U.S. Department of Agriculture and will be converted into living units for homeless seniors, in addition, to a facility that offers help for other homeless individuals in Alameda. The suit was filed last December in response to the City Council approving zoning for the facility.

The Oakland Planning Commission approved a transit-oriented development near the West Oakland BART station featuring 1,000 new housing units plus retail spaces and open space. ... A new survey of California developers found investors were skittish about building new multi-family projects in the Bay Area, due to declining home prices and stringent rent protections, Curbed SF reported. ... A report released by the Alameda County District Attorney's office showed that nearly half of the 862 guns used in crimes in the county last year were not registered to owners who live in California, the San Francisco Chronicle reported. Furthermore, 8 percent did not belong to the person arrested. ... Tom Henderson, the former owner of the iconic Tribune Tower in Oakland, was indicted for allegedly setting up a scam that involved the federal EB-5 visa program, KTVU reported. Henderson and a Chinese national, who was also indicted, allegedly raised $110 million from hundreds of foreign investors. ... Berkeley school trustee Judy Appel made her first appearance at a school board meeting last Wednesday eight months after being struck by a car while crossing the street, Berkeleyside reported. ...

After deadly back-to-back wildfire seasons in California, so far this year has been one of the slowest starts in years, The Wall Street Journal reported. Good thing, because over the last four years insurers have dropped an estimated 350,000 policies for homeowners who live in fire-prone areas, the Sacramento Bee reported. ... The line of groups opposing PG&E's plan to shut off power during wildfire-prone period of time is getting longer. Now, California oil companies are raising concerns that the plan could create environmental dangers and raise gas prices, KQED reported. ...

Long-time Bay Area radio personalities Chuy Gomez and Victor "Big Daddy" Zaragoza were let go last week, SF Gate reported. Entercom, the owners of Q102.1, made the move because of budget cuts. ... While celebrating the 30th anniversary of the A's sweep of the Giants in the 1989 World Series, the A's announced they will retire Oakland-native Dave Stewart's number 34 next year.