San Leandro resident Mike Katz-Lacabe is on a sunshine tear. During the past three months, he has used public access laws to formally request records pertaining to cellphone surveillance technologies used by local police agencies in the 100 largest cities and 100 largest counties, and state police agencies in all 50 states. He’s filed about 250 requests in all.

Called cell site simulators, the devices were first used by the military in combat zones to identify, track, spy on, and disrupt the communications of enemy combatants. In recent years, hundreds of police agencies have deployed them, often with little or no public notice. Not much is known about how the cops use cell site simulators, and that’s the way they like it.

Harris Corporation, by far the dominant vendor of cell site simulators, and the FBI require local public agencies using Stingrays and similar devices to sign non-disclosure agreements (NDAs) keeping the existence of the surveillance equipment secret. Katz-Lacabe has asked for copies of these non-disclosures agreements and other records.

The most popular cell site simulator brand is Harris Corporation’s Stingray. A Stingray essentially mimics a cellphone tower and tricks phones into linking up with it. Stingrays are used by cops to locate and track the cellphones in people’s pockets and cars, to extract data from suspects' cellphones, and even to intercept the content of communications. But when used, the devices often indiscriminately scoop up cellphone data of everyone within range.

“Use of cell site simulators is purposely hidden from the judiciary and the civil and criminal discovery process under the terms of the NDA that the law enforcement agency must sign with the FBI,” said Katz-Lacabe.

In the Bay Area, multiple agencies own and use Stingrays, including the Oakland Police Department.

Katz-Lacabe said his main goal is to lift the veil of secrecy surrounding cell site simulators and how they’re used by the police so that the public and judiciary can make informed decisions about how and when such a tool should be used and what its privacy implications are. He’s beginning to post some of his growing trove of records online here.

So far, every city and county that has responded to his requests, except the Ventura County Sheriff, and the Tacoma Police Department, have refused to release copies of the NDAs they have signed. And Ventura and Tacoma did not give Katz-Lacabe much. The documents are big blackened pages, 100 percent redacted. Take a look for yourself. 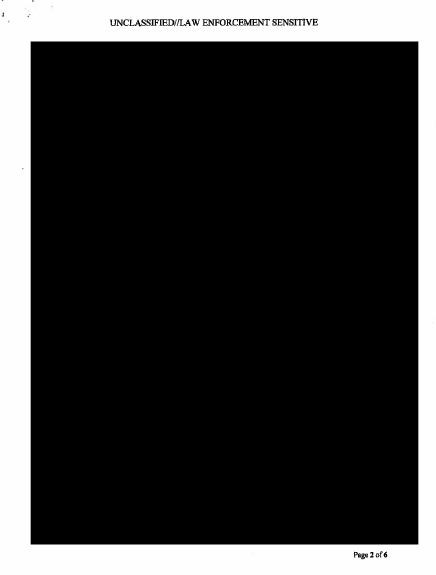