Digging Dirt to Dial For Dollars? 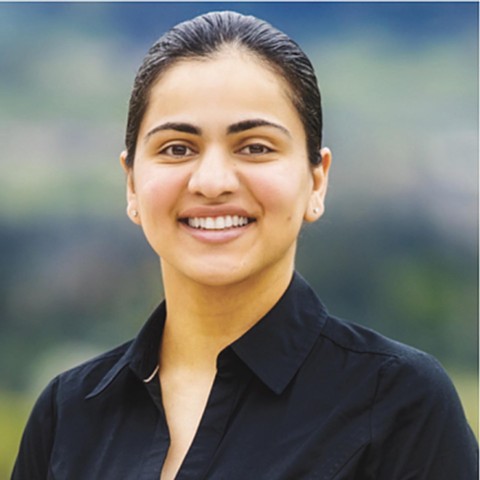 Just days after Hayward Councilmember Aisha Wahab announced her campaign for Rep. Eric Swalwell's open congressional seat in the East Bay, a shadowy Republican political action committee and opposition research firm with ties to the Trump administration and other conservatives, was already digging for dirt on her.

Allan Blutstein, a noted Freedom of Information Act maven asked the Hayward city clerk last month to gather any emails from Wahab, one of the nation's first-ever Afghan-American elected officials. The fishing expedition included references to or correspondences with a trio of young, dynamic, but controversial, progressive congresswomen — Reps. Rashida Tlaib of Michigan, Ilhan Omar of Wisconsin, and Alexandria Ocasio-Cortez of New York. Blutstein also sought information on Wahab's spending as a city councilmember.

Blutstein is a senior vice president for America Rising, a conservative group that provides opposition research on Democratic candidates. Blutstein previously served the same capacity for Definers Public Affairs, a conservative communications firm that was hired by the U.S. Environmental Protection Agency to seek emails from low-level bureaucrats in the department containing negative comments about President Trump. The firm also was retained by Facebook last year to dig up negative information on Senate Intelligence Committee members who were set to grill its chief operating officer Sheryl Sandberg.

In both cases, Blutstein's bid for information was featured in the effort. Blutstein also has made attempts to investigate the records of many Democratic presidential candidates, including Joe Biden, Bernie Sanders, Elizabeth Warren, Kamala Harris, and recently, South Bend Mayor Pete Buttigieg. In addition, the business of America Rising and Definers Public Affairs appear to overlap. According to news reports, they share the same office space and some of the same employees.

Such so-called opposition research, the act of campaigns and political groups compiling information on opposing candidates, is extremely common. The information sought can range from the mundane, like voting records or publicly available personal data, to damaging facts and tawdry rumors, such as do they pay their taxes or are they cheating on their spouse? Opposition research is time-intensive and expensive, and therefore not undertaken lightly.

Wahab dwells in a much lower stratosphere than that of some of Blutstein's more well-known targets, but her first six months in office have successfully changed the trajectory of Hayward city government and energized parts of the city's often-apathetic citizenry. Her youth, the fact she is a woman of color, and her aggressive push for housing and homelessness issues, have earned her comparisons to Ocasio-Cortez, the New York congresswoman who jumped from a being complete unknown to one of the most well-known and influential progressives in the Democratic Party. Some have even labeled Wahab the "West Coast AOC."

The 31-year-old councilwoman, who faced instances of racial and gender discrimination during her successful campaign last year for the Hayward City Council, expected this type of scrutiny. "I was surprised about how quickly they came at me," she said, adding Blutstein's records request came just three days after she entered the congressional race. Wahab said she has no clue how she came on the radar of America Rising and its conservative operatives.

"For whatever reason, whoever is doing this believes I'm a threat to the status quo," she said. "Let's be real, I would be an easy target as anyone. I'm a Muslim, a person of color. I'm a woman. They have so much to choose from. The cards are stacked against us."

Nonetheless, Wahab said she finds it odd that the conservative PAC is digging around the 15th Congressional since it's clearly a blue seat and will be for the foreseeable future. "It's just, 'How blue do we want to let it be?'"

When Swalwell announced his candidacy for president on April 8, Wahab waited just four days to announce her candidacy for Congress. Swalwell has said with differing levels of conviction that he will not seek re-election to his seat. Last week, Democratic state Sen. Bob Wieckowski joined the race. Wahab's campaign quickly labeled the senator the "establishment candidate."

But the attempt to procure information on Wahab appears different, said Jason Scalese, a Republican consultant who also worked two years ago on Ted Cruz's presidential campaign in California. "This is the kind of opposition research that is typically seen in a competitive race, but there will not be a competitive Republican in this case."

Swalwell, although right-of-center for East Bay progressives, won re-election last November with nearly 75 percent of support. Wieckowski and any other credible candidates in this races will likely fall somewhere on the progressive spectrum.

Scalese said the intent of the information-gathering may revolve around Wahab's religious affiliation, but is more likelyan attempt to forge a link between Ocasio-Cortez and far-left progressives to Wahab in order to label them as radicals on social issues and the environment. "Republican groups all over the country are trying to identify AOC-like candidates in order to highlight their radical, far-left views and then fundraise off them," said Scalese.

Blutstein's public records request likely netted little usable information at this point. The city's response found no references to Ocasio-Cortez, Tlaib, or Omar in emails during the time frame requested. Information related to Wahab's spending yielded expenditures related to dinner receipts paid by the city for dinner prior to the City Council's Tuesday night meetings. Wahab said she has always paid for her own meals since becoming a councilmember last December. But earlier this month, Wahab did receive an email for an invitation-only dinner hosted by Tlaib and Omar in celebration of Iftar, the meal after sunset during the holy month of Ramadan from Tlaib and Omar. Wahab said she was not able to attend because of the short notice of the event.