A federal judge could rule as early as Friday in a case that will determine whether Oakland becomes the location for a major coal export hub. 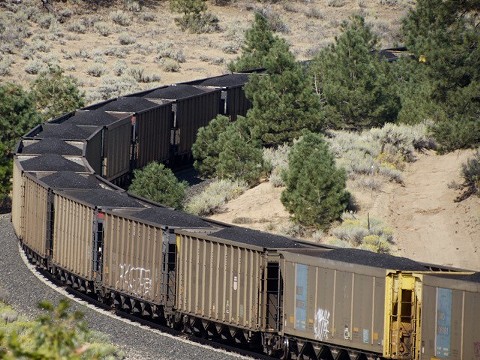 A federal judge could decide as early as Friday whether Oakland can prevent a local developer and Kentucky-based coal company from building a coal export terminal in West Oakland.

Both sides in the case are bracing for a decision.

At stake is whether Oakland will become a major exporter of coal to overseas markets. All of the city's elected officials and many neighborhood groups groups and environmentalists support the coal ban.

The Oakland City Council passed the prohibition on coal in 2016 in response to a plan conceived by developer Phil Tagami and Bowie Resource Partners to build an export terminal on city property near the foot of the Bay Bridge.

The Oakland Bulk and Oversized Terminal, a company owned by Tagami and his business partners, sued the city in December 2016 over the coal ban. Bowie Resource Partners, which owns coal mines in Utah, is paying for part of the lawsuit. OBOT's attorneys have argued that the ban violated its vested rights to build a bulk marine export terminal.

During a trial earlier this year, the city's attorneys argued that Oakland had the right to pass the coal ban because the developer's contract with the city included a key clause allowing Oakland to implement health and safety measures later on, even if they limited the kinds of activities permitted at the marine terminal.

OBOT's attorneys argued that multiple federal laws concerning railroads, marine shipping, and interstate commerce preempt any laws the city might implement to limit the shipment of coal through its borders. But U.S. District Court Judge Vince Chhabria said he would like to decide the case on the contract issues before considering federal preemption.

Throughout the trial, Chhabria questioned the legal rationale of both sides and gave few hints as to how he might rule.

But shortly after conclusion of the trial, several environmental groups submitted a new argument to the court. They wrote that even if OBOT's contract with the city to build a marine terminal was violated, it doesn't matter. According to California state law, cities can't bargain away their police powers, which includes the power to protect the health and safety of citizens by doing things like banning coal. Futhermore, they wrote that Oakland's coal ban didn't violate the city's development agreement with OBOT because it's not a land-use regulation. Rather, it's a prohibition on an activity, and the developer still has the right to build a bulk marine terminal that would ship other types of goods.

A final hearing in the case was scheduled for March 28, but Chhabria wrote in an order last week it's unlikely the hearing will occur. It could mean the judge has made up his mind on one of the key disputes that will determine the outcome of the case.