According to the state and federal Pacific Salmon Plan for the Sacramento River, the river's flow past the city of Sacramento to San Francisco Bay must be 30,000 cubic-feet per second in order to provide safe downstream passage for juvenile fall-run chinook salmon — the backbone of California's salmon fisheries — thereby allowing enough juvenile salmon migration to reach the Pacific Ocean's rearing grounds to ensure the subsequent levels of returning adults that the plan calls for (122,000–180,000). The State Water Board has yet to make these flow levels mandatory, however.

"If the water agencies choose to ignore those delta through-flow needs in the development of projects like Sites Reservoir or raising Shasta Dam, then California's salmon fisheries are doomed, together with the communities, economies, and cultures that they support," Kier said.

When Shasta Dam was constructed in the 1940s, it flooded roughly 90 percent of the Winnemem Wintu's traditional territory and eliminated the chinook salmon runs that are the Winnemem's source of life. In exchange for appropriating the Winnemem's land, the federal government promised to compensate the tribe — but never did.

Now, raising the dam would flood many of the Winnemem's remaining cultural strongholds. On August 12, 2014, Winnemem Wintu Chief Caleen Sisk delivered that message to the United Nations' 85th Session of the Committee on the Elimination of Racial Discrimination. Sisk was one of five indigenous leaders from North America selected to present to the committee, which was investigating the United States' record of compliance with the Convention on the Elimination of Racial Discrimination.

Sisk has noted that the US government's refusal to recognize the Winnemem prevents the tribe from having enough political standing to take on the federal government in court. In a conversation with me last year, she referred to the twin tunnels plan and associated projects under the catch-all term "Brown Water Planning," in reference to California's governor.

"This water plan is one big toilet," she said at the time. "Shasta Dam is the tank. The San Francisco Bay Estuary is the bowl. And the tunnels are the exit pipes, one of which goes right to Westlands Water District to provide for their selenium-laden, poisoned crops."

In spite of the lack of official recognition, the Winnemem have mounted a campaign to oppose the dam's construction and cultivated alliances throughout the world. In 2003, when Feinstein introduced legislation to fast-track feasibility studies related to expanding California's water storage capacity, including the raising of Shasta Dam, the Winnemem responded by holding a traditional war dance, the first by their people since 1887. Asserting that Shasta Dam is a Weapon of Mass Destruction that has caused great harm to the Winnemem culture, she chose September 11, 2004 as the date of the ceremony.

As the war dance was about to begin, the Winnemem people got word that then-US Senator Ben Nighthorse Campbell, R-Colorado, was preparing to introduce legislation to restore their federal tribal recognition — something they had long sought. The Winnemem were asked to cancel or postpone the war dance, to avoid attracting negative attention or arousing the wrath of politicians who favored raising the dam. But political compromise could not interfere with their spiritual beliefs, and the war dance went on. 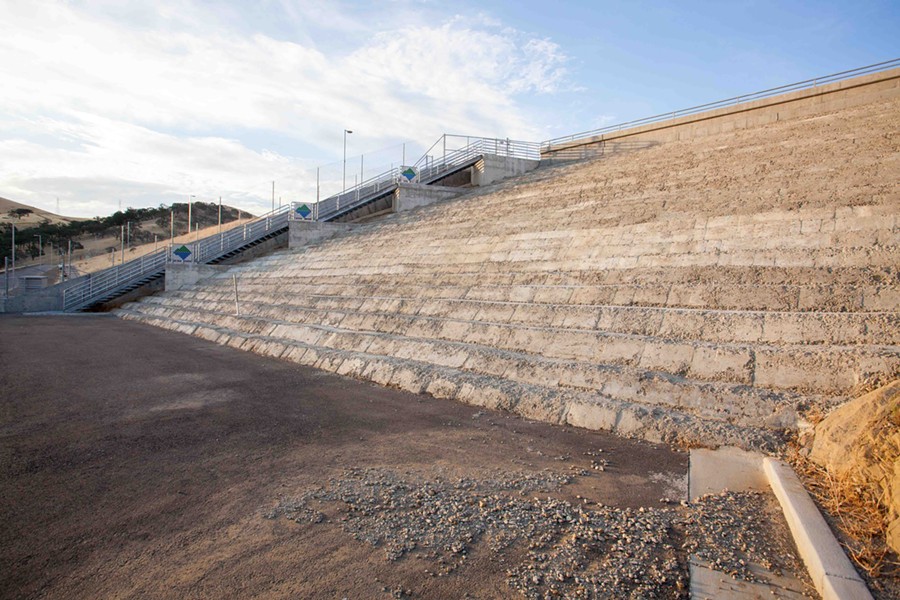 During the dance, Feinstein and Boxer presided over the passage of legislation that funded $395 million in studies on increasing California's water storage infrastructure, including raising Shasta Dam. On the fourth day of the dance, word came that Campbell was going to remove the language recognizing the Winnemem from his proposed amendment. But the Winnemem people completed their dance and it was reported in media around the world, including in The New York Times.

While the McCloud River, which drains into Shasta Lake, is not included in the California State Wild and Scenic River System, it is protected from further dam construction in the Wild and Scenic River section of the California Public Resources Code. Therefore, the plan to raise Shasta Dam is ineligible to receive state funding unless the state legislature removes the wild and scenic designation on the McCloud. If that were to happen, it would set a precedent: neither the state nor federal government has ever removed a wild and scenic designation on a river.

In recent years, though, two of the most powerful water districts in the state — Westlands Water District and Metropolitan Water District — have been pushing to remove this protection from the McCloud. And Westlands is a notoriously influential donor to state and federal politicians, including Feinstein.

But environmentalists note that raising Shasta Dam, like the Sites and Temperance Flat projects, would cost far more than it's worth. At $1.3 billion, it would provide no more than 133,000 acre-feet of additional water, on average, each year — because of the lack of water available to fill the expanded reservoir. The Bureau of Reclamation even points to this problem in the feasibility study it released for the dam project.

For the residents of Round Valley, the success of their campaign in the 1960s and '70s powerfully affirmed the meaning and importance of the place where they lived and the values they attached to it. In an era marked by liberation movements of Blacks, Latinos, and American Indians, Round Valley's indigenous people proved to be a potent force.