In coordination with protests in Berkeley, San Francisco, and across the state and nation, students at Cal State University East Bay walked out of classes today in a demonstration against budget cuts to education. The protest started at 11 a.m. and drew a large crowd of several hundred students who have so far behaved peacefully. Courtney Symonds, vice president of Students for Quality Education on Campus, who organized the event along with SQEC President Sherrie Canedo, said they have been getting “a really good response, so we should get a lot of people out here today.” In an informal poll conducted by this reporter of 100 students in the hours leading up to the protest, 62 said they would participate in the walkout. 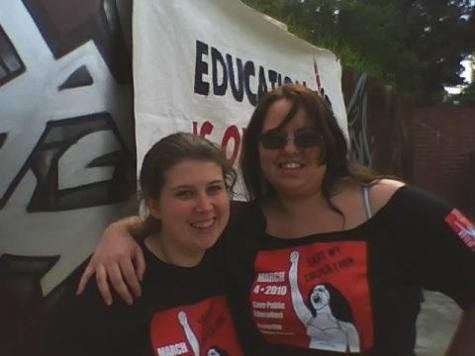