The court ruling could help the fragile delta.

After decades of litigation, a court ruling this week could help save the fragile Sacramento-San Joaquin River Delta and protect endangered fish. A Sacramento County Superior Court judge ruled that the state Department of Water Resources didn't adequately analyze the environmental impacts of the Kern Water Bank — the largest underground water-banking operation in the country — before privatizing the agency in 1994 under a deal known as the Monterey Agreement.

Water banks store excess water during wet years for use in dry years. While the practice makes California’s water system more flexible, environmentalists argue that the Kern Water Bank has hastened environmental deterioration in the delta by pumping additional water from the fragile estuary. The bank can readily store about 1.5 million acre-feet of water. “By pumping so much water, the smelt, salmon, and other fish species have crashed,” said Carolee Krieger, president of the California Water Impact Network 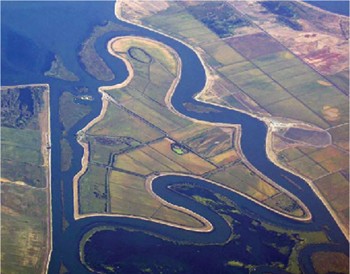 The water bank was meant to be a public asset, but in 1994 the state ceded control of the agency to a number of private interests. Today, Stewart Resnick, a billionaire farmer who lives in Beverly Hills, has majority control of the water bank. Resnick, who is also a top donor to California politicians, has used the water to vastly expand his empire of almonds, pistachios, and pomegranates in the southern San Joaquin Valley. “He’s growing a lot of it on poisoned, selenium-laced land in the Kern and Tulare basin,” Krieger said, referring to the fact that parts of the San Joaquin Valley are plagued by poor drainage and high levels of toxic minerals in the soil.

Environmentalists view the ruling as a victory, and some are calling for a temporary closure of the Kern Water Bank while it prepares a new Environmental Impact Report. “It’s an important victory for the public and for California’s wildlife,” said Adam Keats, senior counsel with the Center for Biological Diversity in a press release. “We now have a chance to shine light on the murky operation of the Kern Water Bank, including its role in the destruction of the Bay Delta ecosystem and unsustainable agribusiness practices like growing nut trees in Kern County.”

A court will hold a hearing to determine the next step in the case soon.