Sen. Lou Correa (center) and the police are not doctors, but they play them on the Senate floor

Politicians and cops continued to play doctor with California’s estimated one million medical cannabis patients on Monday, advancing a bill that shows how little they know about science or medicine.

State Senator Lou Correa’s SB 1262 passed a senate committee hearing with some amendments Monday and while the legislation is much-improved from its original version, SB 1262 still puts politicians in the role of physician — telling patients what type of marijuana they can and can’t have. 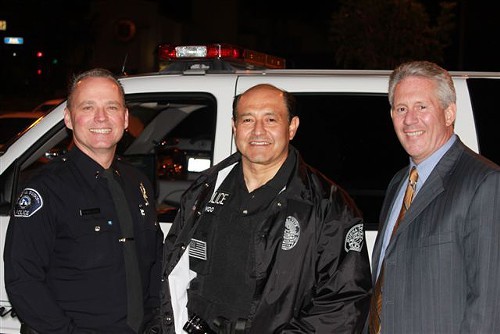 SB 1262 in its current version would prevent doctors from recommending cannabis to adults under 21, unless it is high in cannabidiol (CBD) — a rarity in California. THC — not CBD — is the main active ingredient in cannabis, and high THC cannabis has been proven to treat pain, nausea, vomiting, irritable bowel syndrome, and a myriad other health conditions. The bill contends that cannabis causes "possible" brain damage, which is an unsubstantiated claim. The US government has patented the molecules in cannabis — called cannabinoids — because they prevent brain damage.

At a time when Californians are dying every day from opioid overdoses, it’s depressing to watch police waste resources on a plant that has never caused a single overdose in human history.

The California Medical Association remains opposed to SB 1262, according to Ellen Komp for California NORML, who attended the hearing. (In fact, the CMA endorsed outright cannabis legalization in 2011.)

More Bans
Another sad fact about SB 1262 is the claim by cops that the law would make marijuana “medical” for the first time in California.

While SB 1262 would establish some much-needed regulations on medical cannabis, it would also allow cities and counties to keep banning stores that stock it.

If marijuana is truly medicine, then no town should be able to say ‘no’ to it. Imagine if a city tried to ban Advil, Vicodin, or Valium sales — all of which are more toxic than cannabis.

It’s also notable that Correa represents a town that banned dispensaries. His chief ally, president of the California Police Chiefs Association Christopher Boyd, is also chief of police of Citrus Heights, which has already banned dispensaries and plans to ban all outdoor or indoor cultivation of medical marijuana this week, Komp says.

Lastly, the cops intend to put the California Department of Public Health in charge of setting up the regulatory system. But public health officials said they have not been consulted by the cops about their oversight role, according to Komp. SB 1262 heads to the Senate Health Committee next.

Meanwhile, Assemblymember Tom Ammiano’s AB 1894 will be heard this morning in the Assembly Public Health Committee.