As the Civil Rights movement begins to reach a segregated Tallahassee, Elwood Curtis takes the words of Dr. Martin Luther King to heart and begins to believe that he is "as good as anyone"and plans to enroll in the local black college. Instead, Elwood is sentenced to a juvenile reformatory called the Nickel Academy, whose mission statement says it provides "physical, intellectual and moral training." The truth is that Nickel Academy is a chamber of horrors where the sadistic staff beat and sexually assault the students, corrupt officials and locals steal food and supplies, and any boy who resists is likely to disappear. As Elwood tries to hold onto Dr. King's ringing assertion "Throw us in jail and we will still love you," his friend Turner calls him worse than naive, and that the only way to survive is to scheme and avoid trouble. The tension between Elwood's ideals and Turner's skepticism leads to a decision whose repercussions will echo down the decades. Based on the real story of a reform school in Florida that operated for one hundred and eleven years, Colson Whitehead's The Nickel Boys is a devastating, driven narrative that resonates with contemporary times. — DSM 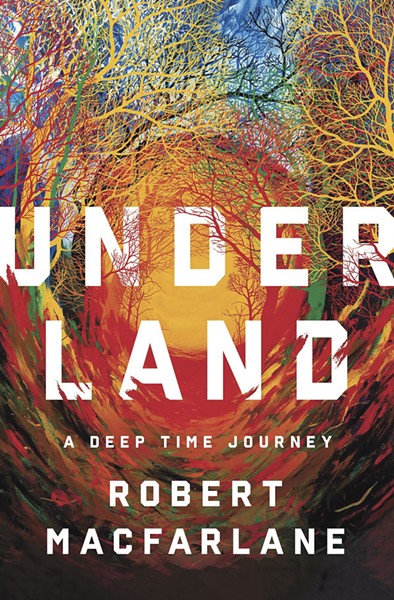 In his sequel to "The Old Ways," science and nature writer Robert Macfarlane, a fellow at Cambridge University, plumbs the depths of subterranean life on this planet, turning his gaze downward and discovering more of note than he ever imagined. In thinking about "deep time," measures tracked on a geological scale rather than in ephemeral human life spans, he writes of the motives for descending into the underworld, "The same three tasks recur across cultures and epochs: to shelter what is precious; to yield what is valuable; and to dispose of what is harmful." Whether it's a hand-print left behind by an artistic Neanderthal, a cache of nuclear waste, a system of tree roots and fungi that seem to consciously attempt to heal each other, or a high-tech subterranean laboratory designed to search for ever-elusive dark matter, Macfarlane describes objects and processes mundane and mysterious, in prose that it is both lyrical and clear-eyed. Macfarlane isn't afraid to put himself in jeopardy to learn something new, and the book recounts its fair share of near-misses, as when a misaligned rope almost leaves him trapped underground. Underland offers a literally awe-inspiring perspective on the worlds beneath our feet — dark, but illuminating. Some passages may give you pause if you are claustrophobic, but thanks to Macfarlane's vibrant prose, the epic journey through the world below is well worth the effort. — MB

Why No Confederate Statues In Mexico

During the Civil War, the Confederacy attempted to colonize Mexico and was thwarted by a multi-racial coalition composed of Mexican, Black, and Indigenous people, mostly children and teens, who successfully resisted them. This is why there are no Confederate statues in Mexico. From this point of buried history, uncovered in the opening essay, "To Exterminate or Extirpate," Ishmael Reed builds on the theme of resisting white supremacy through the power of multi-racial coalitions with pugilistic essays that pull no punches. Never one to back down from a fight, the author of The Complete Muhammad Ali takes on politics, arts, and culture with a storied wit and a steady hand. Going from the vilification of Black men in essays like "How I Became a Black Bogeyman and Survived to Tell the Tale," to directly taking on Trump and the resurgence of white supremacist nationalism with essays like "Trump's Anti-Black Animus and How the Media Armed Hate," Reed also reminds us of the beauty of the art of resistance with musings on Jazz, Amiri Baraka, and Oliver Clark. His essay "White Nationalism's Last Stand" is so hopeful that it's worth the price of the ticket alone. — DSM