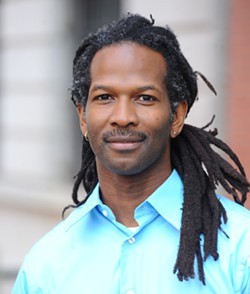 The problem is not scientists over-interpreting results, so much as it is drug war profiteers and lazy members of the press, he said in a keynote address at the International Cannabis Business Conference.

Take the red-hot study about purported differences in the brains of people who regularly smoke pot, Hart said. Scientists found a statistical difference in the two populations, but it’s the press and drug war profiteers who made “inappropriate” claims about the actual functioning of people who use cannabis.

When CNN says pot causes brain damage — which it doesn't, cannabinoids are neuroprotectants — “the public eats this up as if it means something. It doesn't and it’s happening every week. It’s all hand-waving," Hart told an audience of several hundred activists and business representatives in San Francisco. "These kinds of claims are inappropriate.”

Illustrating that fact, the January 28 edition of the Journal of Neuroscience completely refuted the media’s most popular 2014 pot science study, "Brain changes associated with casual marijuana use in young adults."

When researchers controlled for alcohol, a known neurotoxin, the Journal of Neuroscience wrote, “No statistically significant differences were found between daily users and nonusers on volume or shape in the regions of interest. Effect sizes suggest that the failure to find differences was not due to a lack of statistical power, but rather was due to the lack of even a modest effect.”

Where is the CNN story on that?

Similarly, the original study that purported to find a sixteen-point IQ drop among heavy long-term pot smokers had a sample size of nineteen individuals. That is way too small to make any general claims, Hart said. “Nuance is not discussed in the media."

Cannabis science is biased around the globe, because one drug war group, the National Institute on Drug Abuse (NIDA), pays for 90 percent of the research on drugs that are abused. “[Scientists] know where their bread is buttered,” Hart told me.

Even NIDA admitted last week that it has created barriers to sound cannabis science and needs to change.

Hart recommended countering NIDA by self-funding “science for the people,” such as critical review papers calling out biases. Biased cannabis science undermines the credibility of all science, Hart told me, and contributes to larger problems like inaction on climate change,  the anti-vaccination movement, and religious fundamentalism.