Exterior of San Francisco's Club Six, which will shut down immediately

San Francisco's Club Six (60 Sixth St., SF) has announced on Facebook that it will be closing immediately. Eater SF reported earlier today an email went out about the closure to the club's mailing list.

Open fourteen years, Club Six gained a reputation for hosting emerging hip-hop, dancehall, and electronic music at a time when other clubs considered those parties risky. Along with Club Six, the now-closed Anú and Arrow/Matador brought a thriving nightlife to downtown's seedy Sixth Street. 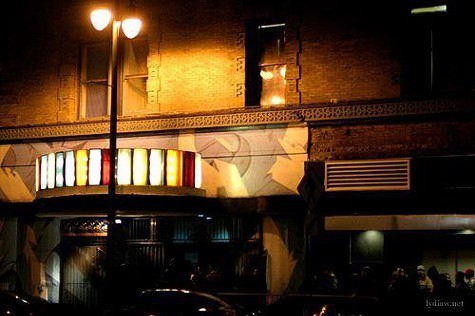 Owner Angel Cruz, who I caught up with earlier this year at the club's Thursday night party "So You Think You Can Paint?," said he learned to DJ in New York City's Lower East Side and had opened the club to foster a similar underground music and art scene in San Francisco. In recent years, Cruz experimented with booking a wider variety of music at the venue, including local bands. The exterior of Club Six appears as the Cat Scratch Club in the film Rent.

No word yet on whether Cruz will also close his second venue The Dark Room, which is located next door to Club Six.