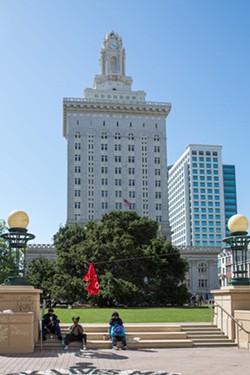 The City of Oakland is being awarded a $500,000 state grant for violence prevention programs. Three nonprofits based in the city, Youth Alive, Fresh Lifelines for Youth, and Catholic Charities of the East Bay, are also set to receive grants between $362,000 and half a million each.

Oakland's proposal was the highest-ranked among the 30 cities that applied. Oakland also had the highest number of nonprofits to successfully obtain funding for this cycle. Proposals were judged partly on whether cities and nonprofits could show evidence that their strategies for reducing violence are working.

"Our city's work on violence prevention has been relentless," said Mayor Libby Schaaf in response to the award announcement. "Achieving the number one ranking of all applicants in the state shows Oakland is a model in this area of work. We still have much to do, but our dedicated staff, police department, and community partners are making great progress in reaching the young people of our city, embracing them, and stopping the violence before it happens."

Among other things, the money will help pay for life coaching services that the city an its nonprofit partners offer to individuals who are most at risk of becoming victims or perpetrators of gun violence. The work is part of Oakland's larger Ceasefire strategy and Oakland Unite.

Over the past five years, Oakland has seen a year-to-year drop in violent crime, especially homicides and shootings. City leaders attribute the reduction, in part, to the police department's Ceasefire program and the related violence prevention efforts of Oakland Unite and similar programs that will benefit from the new grant money.