Inquiry convened in response to Ghost Ship fire reveals that Berkeley Fire Department is not living up to its inspection guidelines. 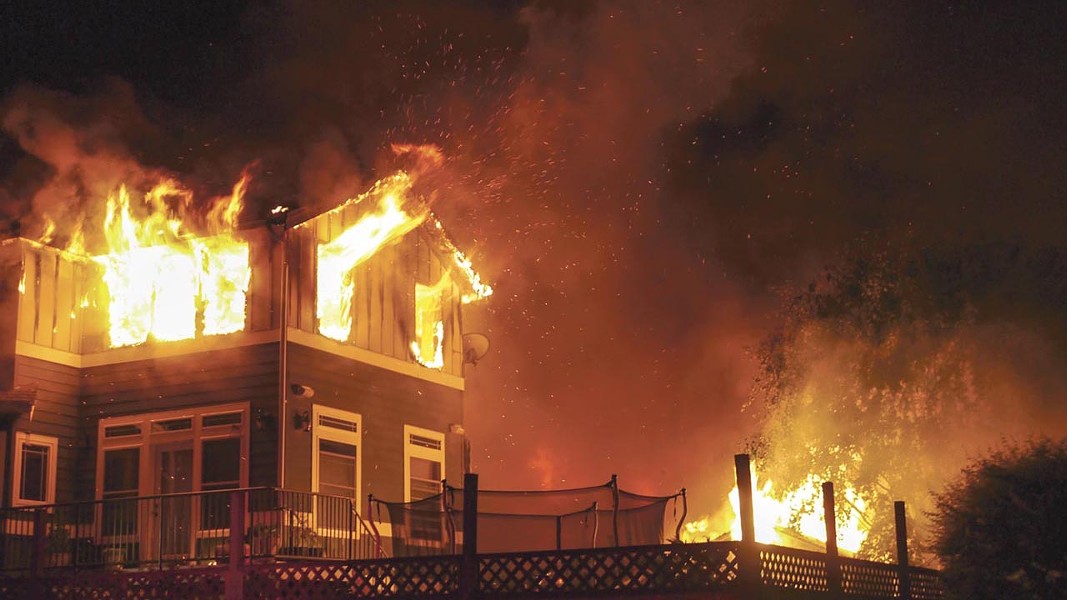 An official audit has found that the Berkeley Fire Department is not completing required fire inspections of some city buildings and not following up on the inspections that it does perform to ensure that recommended safety improvements are being made.

"When properties go uninspected and open violations remain unresolved by property owners, the City exposes the public to fire risks that could have devastating effects," the audit said.

Buildings that should be in the fire department's database are often missing, the audit found, and even some of those in the database are not inspected as required. "There is currently no complete inventory of properties requiring inspections," City Auditor Jenny Wong told the city council at its June 11 meeting.

The audit identified 563 inspections that should have been performed but were not. Additionally, between 2016 and 2018, almost 6,700 violations were catalogued by the department but never subsequently inspected to ensure compliance with the fire code.

Wong's audit suggested that the city either weaken its stringent code requirements to allow its fire department to complete all its inspections properly, or allocate more resources to the department so that it can hire more personnel, better train its staff, fix its inspection database, and support its inspectors in educating the public.

"Fire's ability to meet city mandates is impacted by the city's extensive inspections requirements and growth across the city without a corresponding staffing increase," the audit found. "This puts the city at an increased risk."

Due to the limitations of Berkeley's data, it was not revealed whether fires have broken out in buildings that were not inspected or brought up to code. For now, it also is unclear whether the city would be liable if a fire were to break out in a building that should have been inspected, but was not. When a city council member posed this question to City Attorney Farimah Brown during the June 11 council meeting, Brown asked to discuss the matter privately with the council.

In the wake of Oakland's deadly December 2016 ghost ship fire, accusatory fingers were pointed even before the last plumes of smoke had dissipated. In June of 2018, an article by the East Bay Times critiqued fire inspection practices at several Bay Area cities. The Oakland Fire Department was found to have performed far fewer inspections than it was required to, and other Bay Area fire departments were called out by name, including Berkeley's. Fire Chief David Brannigan, who became Berkeley's chief in January of 2017, requested an audit from the city council last May.

That audit concluded that Berkeley's department is not large enough to comply with all its duties. May said the department has 162 employees, of whom 156 are firefighters. They work in four departments: fire prevention, fire operations, special operations, and administration and fiscal services. Prevention is tasked with inspecting assemblies and educational, industrial, and high-hazard buildings. Fire operations, which is comprised of firefighters, generally inspects business, mercantile, residential, storage, and miscellaneous buildings.

The department uses a fire inspection database called Red Alert to keep track of properties that need inspections. However, that database does not actually have a complete inventory of Berkeley's buildings, and does not inform inspectors which violations pose the highest risk. Fire department employees enter new data on properties when they are notified of them by the city planning department, which keeps its own property records in a separate system.

Consequently, Red Alert is simply not aware of some buildings that need inspections. Some 29 properties that should require inspections were discovered to be absent from the database after the auditor notified the fire department about the problem. One such building was downtown's ominously named StoneFire student apartment complex, which was constructed in 2017 and includes 98 residential units.

In 1982, the city council required the fire department to perform more frequent inspections than are required by the State of California. Between that and the continued growth of Berkeley's population, Wong said the department needs more resources. "You would hope that there would be an increase in staff, however ... they haven't had overall increase in their staff since 1991."

Once a code violation is diagnosed, a property owner has 30 days to correct it. If they do not, they get an extra 15-30 days before they receive a follow-up warning. After that, they can be fined up to $500 a day. Fire Prevention Inspector Dori Tieu said that if a violation is serious and can be remedied immediately, the owner is made to correct it before inspectors leave. But such follow-up doesn't always occur because of the strain on the fire department staff, Tieu said, so many code violations get off with a warning.

The audit calls for the city to take several steps to solve these problems. Because people are more likely to keep their buildings safe and avoid violations if they know what to look for, public outreach will get more focus. "The fire prevention division hopes to notify property owners annually about upcoming inspection cycles and provide a checklist of important items to ensure compliance with the fire code," May said.

Tieu describes life in the department as a daily triage session where employees simply don't have the time to fulfill all of their obligations. "You have ten things to do in your job title," she said. "One of those things has to give, and it's usually the education."

The audit also recommends that fire staff gets more inspection training, and that they partner with Berkeley's Information Technology Department to improve its software.

The audit frames a choice for the council between making the requirements for fire inspections less stringent or providing more support to the fire department. The latter would likely mean that the city would have to increase the department's budget to allow it to hire more staff. May said building another fire station could also be helpful.