Although Shorey’s descendants no longer live in the historic West Oakland Victorian, the house still stands. 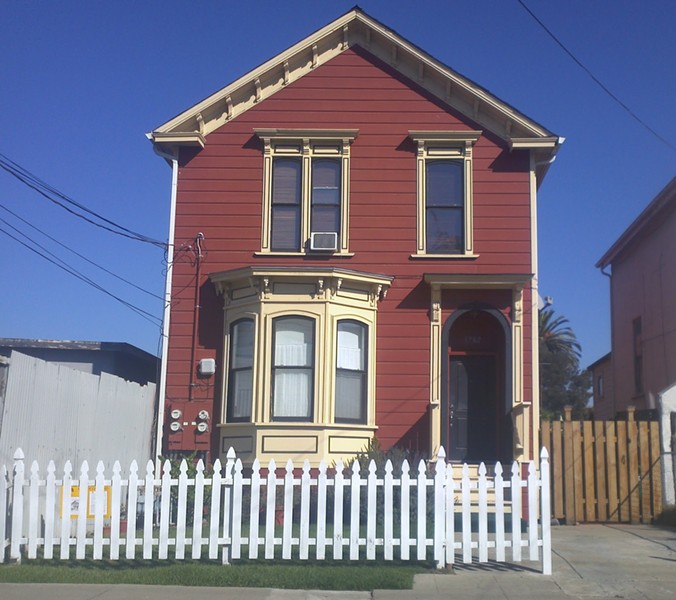 In West Oakland, a plaque sitting in front of an impressively restored red Victorian commemorates a surprising achievement. The home, originally built in 1875, once belonged to William Shorey, the only African-American whaling captain in Pacific coast history. Back when the Bay Area was America’s whaling capital, this feat made Captain Shorey a local icon.

Newspaper reporters would row out to his ship to grab scoops about his death-defying voyages. Under headlines that inevitably blared his nickname “Black Ahab,” articles described him as hero who battled typhoons and saved his crew from horrific disasters. The media swooned over his brilliant, beautiful wife, Julia Ann, the daughter of one of San Francisco’s wealthiest Black families. Later in life, he was celebrated as a pillar of Oakland’s early African-American community for his philanthropic work, such as hosting a dinner party with Booker T. Washington to raise funds for the Tuskegee Institute.

The origin of Shorey’s extraordinary career, however, is a common one among sailors: He didn’t listen to his parents.

They wanted him to be a plumber, but he had other ideas and jumped on a ship bound for Boston while it was docked in his native Barbados. On that first voyage, the ship’s captain befriended the green hand (sailor slang for “rookie”) and started teaching Shorey the art of navigation.

By 1876, at the age of 17, Shorey shipped out on his first whaling expedition. If he was looking for excitement, he found it. In a journal about one of his early hunts, Shorey wrote: “Evidently enraged, the whale attacked first one boat, smashing it, then a second one, and then attacked the one I was in. By good fortune, we were able to fire a bomb into him, which, exploding, killed him and saved us.”

In case that quote didn’t make it obvious enough, hunting for whales was incredibly dangerous. In 1871 alone, 68 whale-ships were lost in arctic ice. Even if the ships didn’t sink, about one in every ten sailors died during the journeys, which could last several years.

The reason these trips were so arduous is the same reason why the New England-based whaling industry collapsed in the mid-1800s — because all the relatively accessible whales in the Atlantic Ocean had already been killed. As a result, whalers needed to venture throughout the far reaches of the Pacific in search of their prey.

By Shorey’s era, the Bay Area was America’s new whaling capital. Most vessels were departing from San Francisco, shipyards were popping up in Alameda, and many sailors made Oakland their home base. Until almost the time of World War I, the whaling business was the largest employer of African-American seamen on the West Coast.

In 1907, Shorey’s ship was hit by a typhoon off the coast of Japan while returning from an expedition. According to one of the sailors, “For 30 long hours the tempest lasted… the boats were smashed, the sails were lost and large waves swept over the decks.” On the same trip, they almost crashed on rocks while traveling through fog. Another crew member testified that “nothing but Captain Shorey’s coolness and clever seamanship saved a wreck.”

Perhaps this near-disaster shook Shorey’s nerves, because the following year, he retired. He continued to do some work as a special agent at the Oakland docks, but the later years of his life were mainly devoted to his family and community.

Although Shorey’s descendants no longer live in the historic West Oakland Victorian, the house still stands as a tribute: each of the four units is named after a different ship that Shorey captained. Another small monument to the captain that still remains is his tombstone, which is located at Mountain View Cemetery. William Shorey died in 1919 at the age of 60, one of the millions killed by the Spanish flu epidemic.

There’s one other interesting footnote to this story: Jack London was partially raised by an African-American couple, Jennie and Alonzo Prentiss. According to local historian Mary Rudge, Alonzo was friends with Shorey and introduced London to the famous whaling captain, who would regale the young boy with tales of his adventures. As a teenager, Jack London famously ran away to the sea and when he returned, the first story he ever published was about surviving a typhoon off the coast of Japan. Sound familiar?

Learn more and listen to the East Bay Yesterday podcast at EastBayYesterday.com.