May 06, 2016
6 comments
California’s only viable legalization campaign launched Wednesday in downtown San Francisco with an all-star cast of officials from politics, law, activism, and medicine, drawing thousands of press mentions and electrifying the electorate with the tantalizing idea that cannabis could be fully legal for adults on November 9. 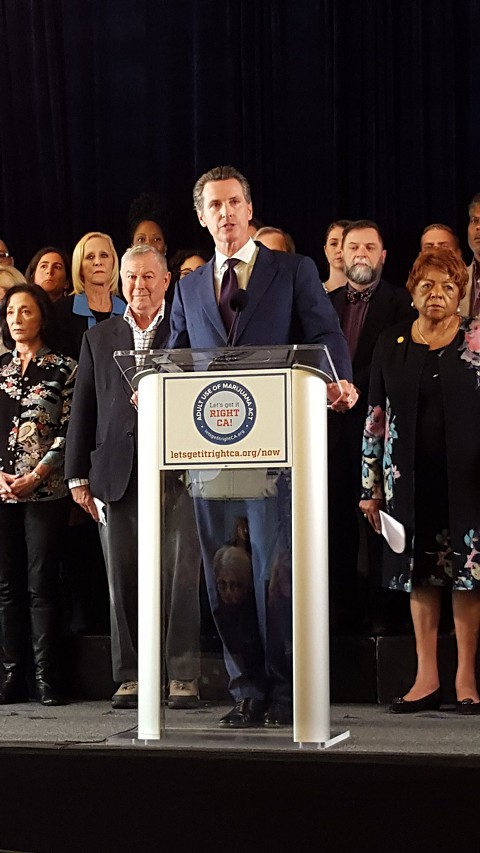 The group behind the Adult Use of Marijuana Act gathered over 600,000 signatures, it reports, and is all but certain to make the ballot.

However, the “Let’s Get It Right, California” far from a sure bet. For one, a poll released Wednesday found a narrow 50 percent majority of the Bay Area in support of legalization. Forty-one percent in the Bay Area were opposed, while about nine percent were undecided.

Normally, initiative campaigns want to start polling in the 60s, because opposition forces will peal away swing voters during the campaign, experts say.

That opposition is going to include a strange bedfellows mix of conservative law enforcement, the Teamsters, and even some pot growers threatened by the end of prohibition.

Citizens Against the Legalization of Marijuana announced that opposition will include:
The California Medical Association has also endorsed the Adult Use of Marijuana Act, which legalizes one ounce of pot in public and six plants in private, and lays a regulated commercial system for adults 21 and over atop the state’s medical marijuana system. Pot convicts could get records expunged or sentences reduced.

Let’s Get It Right, California has raised $3.3 million to opponents’ $13,635, which is more than 240 times as much money, the nonprofit MapLight finds. MapLight reports:

"If we were able to have even a portion of their money," Lowe said, "We would do all of the social media, billboards, we would do everything possible to tell people about this highly potent, mind-altering drug."

Jason Kinney, spokesman for the Adult Use of Marijuana Act campaign argues, however, that the contributions don't reflect the initiative's broad base of support.

"When people see that there's one consensus measure on the ballot supported by the largest coalition ever formed to support a marijuana policy measure. we have every expectation we will be getting contributions both large and small from across the state."


However, legalization supporters vastly out-raised opponents in donations in 2010, yet still lost 46-54.

It could take $10-40 million to run a winning campaign in California, experts have said.