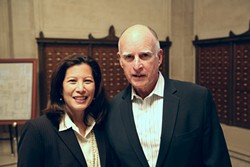 In the face of widespread criticism that California traffic courts are plagued by unnecessarily harsh practices, court officials yesterday adopted an emergency rule aimed at granting people access to trials regardless of their ability to pay steep fines. Advocates said that, though this policy change is a step in the right direction, the new rule fails to address a major obstacle to justice for many low-income traffic court defendants — that they are routinely denied access to hearings when they miss a court deadline for a citation.

Traffic courts across the state have faced intense scrutiny in recent months in the face of reports from civil rights advocates, who have argued that the system traps people in poverty with massive fines for minor infractions — see our recent cover story, "The High Cost of Driving While Poor." One key inequity that activists have identified is that the courts, through a so-called "pay-to-play" system, frequently refuse to grant defendants trials until they have paid the full bail amount, which can be hundreds of dollars. As a result, low-income drivers who are innocent (such as victims of identity theft) or who have extenuating circumstances (such as personal hardships preventing them from paying their fines) often can't even explain their cases to a judge.

The new rule, which is effective immediately, is designed to address this disparity. It says that, in the case of traffic infractions, "courts must allow a defendant to appear for arraignment and trial without deposit of bail." The Judicial Council, the policymaking body of the California courts, unanimously voted to adopt the rule, which California Chief Justice Tani Cantil-Sakauye promoted on the heels of the increasing backlash.

The rule, however, does not address a key problem across the state, which was outlined in detail in a damning report on traffic fines, co-authored by the East Bay Community Law Center and other California legal aid groups. When a defendant misses a court deadline, courts routinely issue a "failure to appear" citation and then automatically block the individual from having a trial until he or she pays the full bail amount. At that point, the Department of Motor Vehicles also suspends their driver's licenses, which can create a major obstacle for people trying to pay off their debts. The failure to appear infraction typically comes with a $300 "civil assessment" fee, which is added to the original fine (which could be as high as $500 for an offense such as speeding). Many low-income people can't pay that much money upfront, and the courts instead send their debts to a private collection company and simultaneously bar them from having a hearing.

The new rule does not prevent courts from continuing to implement this punitive practice. The rule, in outlining exceptions, says: "Courts may require a deposit of bail before trial if the court finds, based on the circumstances of a particular case, that the defendant is unlikely to appear as ordered without a deposit of bail and the court expressly states the reasons for the finding." 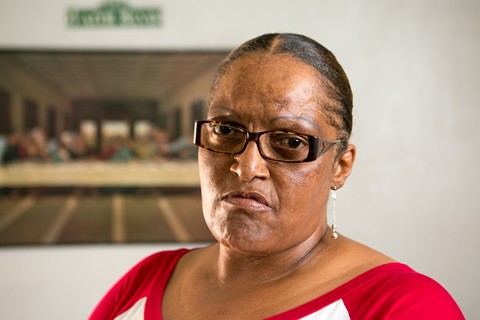 In other words, courts can still deny hearings to people who miss one initial deadline to appear in court. In Alameda County, this is a huge problem, according to the East Bay Community Law Center, which represents defendants in traffic court. Unlike some courts in the state, Alameda County does not as a general practice require upfront payments for any defendants who want to contest tickets. The county does, however, routinely deny hearings to people who have missed a deadline — granting them a trial only when they have paid the bail. County court officials have argued that this is not a common practice — see this recent letter to the Express from Winifred Smith, presiding judge, and Leah Wilson, court executive officer — but advocates say this is in fact standard practice.

For example, the law center's attorneys told me that nearly every person they meet who has failed to appear tells them that Alameda County court clerks had informed them that they could not get a trial until they paid bail. The only time they can get trials under these circumstances is if the law center advocates on their behalf. And by the court's own admission in its letter to the Express, thousands of people in the county could not schedule hearings last year until they paid their bail. Many people don't end up getting a trial at all once their debts pile up and a collection agency takes control of collecting the outstanding payments. For some, the debts can weigh them down for years.

Yesterday, the Judicial Council did, however, direct its traffic advisory committee and criminal law advisory committee to "expeditiously provide recommendations to promote access to justice when an individual has previously failed to appear or pay and in other types of infraction cases." These committees are scheduled to provide a progress report on August 20.

The new rule is effective now but the courts have until September 15 to update their forms and websites to reflect the change.

“This is an historic meeting,” Cantil-Sakauye said in a statement yesterday. “I am proud of the rule that has been developed. This is an important first step to address an urgent access-to-justice issue. More work lies ahead.”

You can read the full rule here, and for more on traffic court, check out our recent feature, "The High Cost of Driving While Poor."