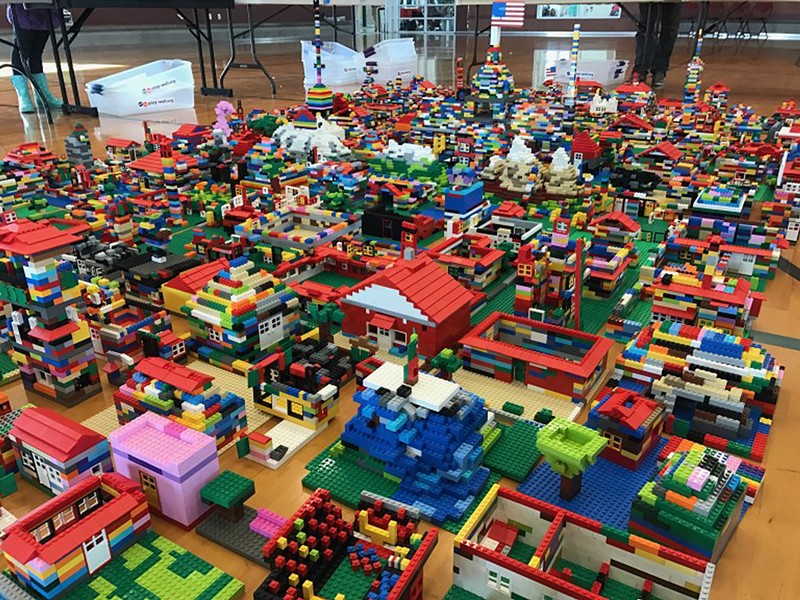 If given a pen and paper, most Oaklanders would be able to sketch out their neighborhoods, at least at an elementary level. But can they build their neighborhood LEGO brick by LEGO brick? Play-Well TEKnologies is a national camp program that encourages children to chase their inner architects and engineers using LEGO bricks, and this Saturday, they—and Reem’s California Restaurant, who are sponsoring the event—are coming to Oakland to host a public event at Fruitvale Station where students and parents can rebuild the Fruitvale neighborhood using 40,000 LEGO bricks. This event will be the latest of a long list of cities and neighborhoods constructed with LEGO bricks. They have previously hosted identical events in the Excelsior and Tenderloin neighborhoods in San Francisco, and in Alameda and Hayward in the East Bay. Play-Well TEKnologies do have some strict house rules: parents must accompany their children at all times; outside LEGO bricks are forbidden; and constructed LEGO buildings cannot leave the premises. But the event is free, and photography is welcomed. Considering the limited amount of space and LEGO bricks, early registration is encouraged.