This police sketch led to the arrest of Giovanni Ramirez

A day after the triumphant arrest of Los Angeles gang member Giovanni Ramirez — aka "Suspect #1" in the Bryan Stow case — Stow's family announced plans to sue the LA Dodgers for "exposing him to criminal acts of third parties," according to ESPN and KCBS News in Los Angeles. Ramirez, meanwhile, is saying he has an alibi to prove he was actually babysitting at the time of the attack. His lawyer, Chip Matthews, says that three witnesses will corroborate that story. Thirty-one year old Ramirez is a documented member of the Varrio Nuevo Estrada
street gang, LAPD reports. He was apprehended following a tip from his parole agent, who said his face matched that of police sketches. Stow, who was recently transferred to a San Francisco hospital, remains in a coma with a fractured skull. 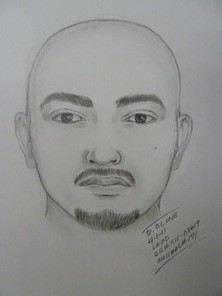