Here's why — and what's being done about it. 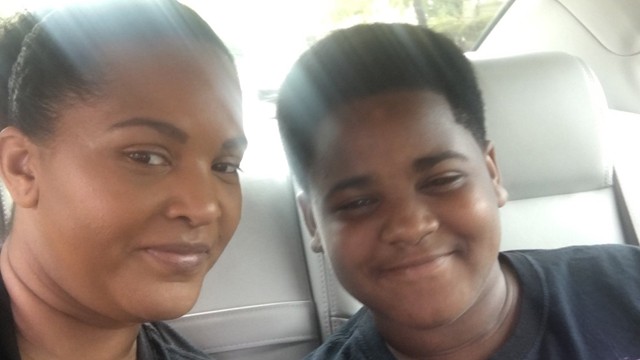 McLemore believes barriers should be removed for Black people wishing to enter health care professions. "People perceive that as a lowering of standards, but I argue it's not true. GRE scores don't correlate with success in graduate school," said McLemore. "We also need to make sure people with criminal histories or justice involvement are not barred from seeking employment in the health professions."

McLemore is hopeful that "this call for more respectful, holistic care is something that will trickle through health care," but, she said, there will need to be some financial incentive, "as long as health care is continuing to be moved and motivated by those things."

The Preterm Birth Initiative is planning to make information about their focus groups publicly available, "similar to the Black Women Birthing Justice report," said McLemore. The initiative is also working to create an app that would offer answers to the kind of questions raised during their focus groups. They might even launch a YouTube channel for this purpose. Their goal is to make "tools that aren't just in the scientific literature, so that we can get this information out to people," McLemore said.


For Tanisha Fuller, part of the solution is sharing her own birth story with other women. She now lives in Antioch, and her son is 13 years old and healthy. Even though he's her youngest, Fuller said, "He's actually the tallest and biggest out of all my kids, which is crazy."

At her office building in Oakland in the summer of 2016, Fuller got to talking with the women who were holding a Preterm Birth Initiative focus group in the building's conference room. She soon found out that they were one person short. She joined the women who, while waiting for the talk to begin, were chatting about doulas. Doulas don't deliver the baby or offer medical treatment. Their role is to provide support where the birthing parents need it — this can be anything from grocery shopping to cleaning up the house to massaging the mother during birth.

After her own son's birth, Fuller had started trying to answer friends' and family members' questions about birth complications. "I've always been there when it comes to them having a baby or being pregnant. I just shared the knowledge. I was being a doula already, but I just didn't know it," she said.

When she found out that doulas play a similar role — "basically, being a support system for the birthing parents," she said — she was eager to learn more. The women from the initiative encouraged her to pursue that path, even offering to pay for her training.

That fall, Fuller completed her training over two weekends at a midwife's home in Oakland. She learned about the female body and how it functions during and after pregnancy. She learned how to support a woman during her labor by reminding her of, say, the reasons why she had chosen not to have an epidural. She learned how to help the woman's partner get involved during the birth: "You're there to say, 'Hey, why don't you come rub her back?' or 'Hey, why don't you guys dance?' — something like that to get them involved."

Thanks to her own three births, including her frightening experience with the preterm birth of her son, she knows how isolating it can feel to go through something really difficult and unfamiliar. "I can sympathize. I know how it feels," Fuller said. "That's what makes me want to do this, because of my experience and wanting to help someone else."

After having been a doula for a year, Fuller said, she wants to tell women: "You do not have to do this by yourself."

A version of this report was originally published by Oakland North, a project of the UC Berkeley Graduate School of Journalism.