This is weird. Metal Sucks is reporting that a Panama-based company called World Digital is suing 80 individuals for illegally downloading East Bay metalcore band All Shall Perish's last album, This Is Where It Ends, without the band's permission. "Not happy about this" was the Tweet sent out by the band this morning to a link to the story.

According to Metal Sucks, the band's label, Nuclear Blast, has no idea how World Digital, which describes itself as "The Worlds [sp] Largest Online Digital Download Store" (and which sells ASP ringtone downloads), obtained the rights to the band's album in the first place. "...[I]t now appears as if the label is either not willing or not able to stop the lawsuit from proceeding. And World Digital is proceeding with the case despite the band’s loud public objections."

"The identities of the 80 U.S. downloaders being sued will soon be turned over to World Digital, and notification emails will be sent out to each of them, according to a report this weekend from TorrentFreak." 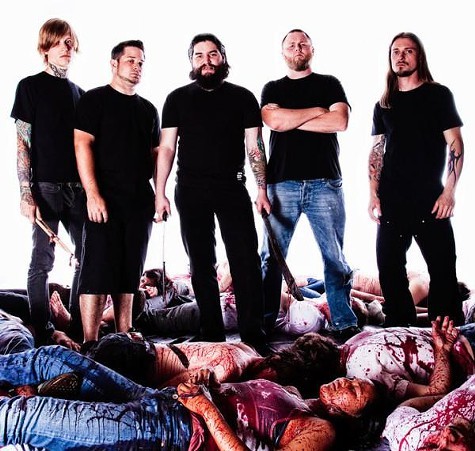