The summer calendar for The Town’s sports teams is almost guaranteed to feature big moments, even as two of Oakland’s longtime franchises prepare to leave. 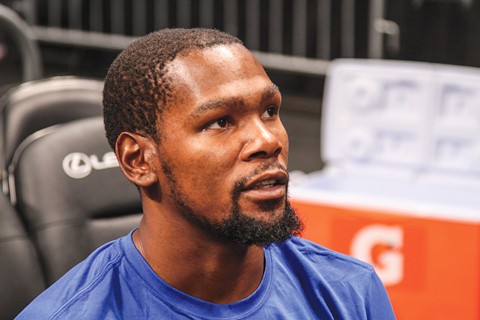 It's going to be a summer of transition for East Bay pro sports.

First, the A's aim to leave the Coliseum but stay in Oakland at a new waterfront yard at Howard Terminal. As for the other two teams? Well, the Warriors have one foot in Oakland, where they're vying for another championship, and another foot in San Francisco, where they'll open the Chase Center in the fall. The Raiders, meanwhile, remain engaged in one of the longest and increasingly bitter goodbyes in sports history.

But fear not, my fellow Oaklanders. Nature abhors a vacuum. And when one appears in an excellent, underrated sports market like Oakland, smart Bay Area entrepreneurs know how to fill it. For proof, check out the Oakland Roots, a new soccer franchise that will start playing home matches in late August. Smart, community-minded teams like the Roots are the perfect antidote for The Town's relocation blues.

In short, the void the Raiders and Warriors are creating will not last long. In fact, maybe it will all lead to something even better. A period of transition can be reinvigorating. I hope that's the case with these Top 10 Oakland sporting moments that I've marked on my summer calendar:

Last Warriors Home Game in Oakland. The NBA Finals, which start May 30, will feature the last Warriors home games in the history of Oracle Arena. The Warriors will play at least Games 3 and 4 there in early June, with a Game 6 scheduled at Oracle, if necessary. Here's to hoping the Dubs close out the East Oakland arena in grand style by winning their fourth title in five years.

A's to Add New Prospects in MLB Draft. This is why Billy Beane gets paid the big bucks. Although A's draft results have actually been mixed in the Moneyball era, give credit to Beane and his staff. They selected infielders Matt Chapman (2014), Matt Olson (2012), and a number of other homegrown stars who led the A's to the playoffs last year. This year's draft starts June 3, giving the A's another chance to bolster their fertile farm system.

Last Warriors Parade in Oakland? It's become a grand June tradition in downtown Oakland: a euphoric championship parade next to Lake Merritt, welcoming half a million Dubs diehards under sun-kissed blue skies. I'm not happy that the Dubs are leaving Oracle Arena. But I'd welcome at least one more daylong celebration in The Town, allowing this great basketball city one more day in the sun.

Raiders Lawsuit Hearing. June 7 could be an expensive date for Mark Davis. The Raiders owner and the NFL are asking a federal judge to toss out the lawsuit the city of Oakland filed against them last December. But if the judge allows the lawsuit to move forward, Davis and the NFL run the risk of losing hundreds of millions of dollars — or even more.

KD Makes Another Explosive July Decision. Three years ago, Kevin Durant injected fireworks into the NBA's offseason by signing with the Warriors on the Fourth of July. Durant might do the same this July, when he's expected to leave the Dubs for another team.

A's Ballpark Progress. A's leaders this summer will continue meeting with local leaders to address the environmental and transit concerns tied to their plan to build a ballpark along Oakland's waterfront.

Last Training Camp as the Oakland Raiders? A few decades ago, a Raiders training camp in the North Bay involved bacchanalia not seen since Caligula. Like ancient Rome, those debauched NFL days are long gone. After this season, so might be the Silver and Black. When the Raiders check into the Napa Valley Marriott in late July, it could be their last training camp with "Oakland" in the team's name.

A's Get Shot at Yankees Payback. The Bronx Bombers ended the A's' storybook 2018 season by winning the Wildcard Game last October. Oakland gets its first shot at revenge in a three-game series starting Aug. 20 at the Coliseum.

A's, Giants Compete for The Bridge Trophy. The 2nd annual battle for The Bridge, the trophy that NBC Sports Bay Area awards to the winner of the Bay Bridge Series, will be decided in late August. Oakland bested San Francisco to win the first trophy last year. This year, the cross-bay rivals play two games at Oracle Park in mid-August, then finish the series with two more from Aug. 24-25 in Oakland.

Soccer Takes Root in Oakland. The fledgling Oakland Roots will host its first-ever home game in Oakland on Aug. 31, as part of the National Premier Soccer League Founders Cup tournament. Just as The Town prepares to bid goodbye to two of its longtime pro teams, a new soccer franchise will take root in Oakland.