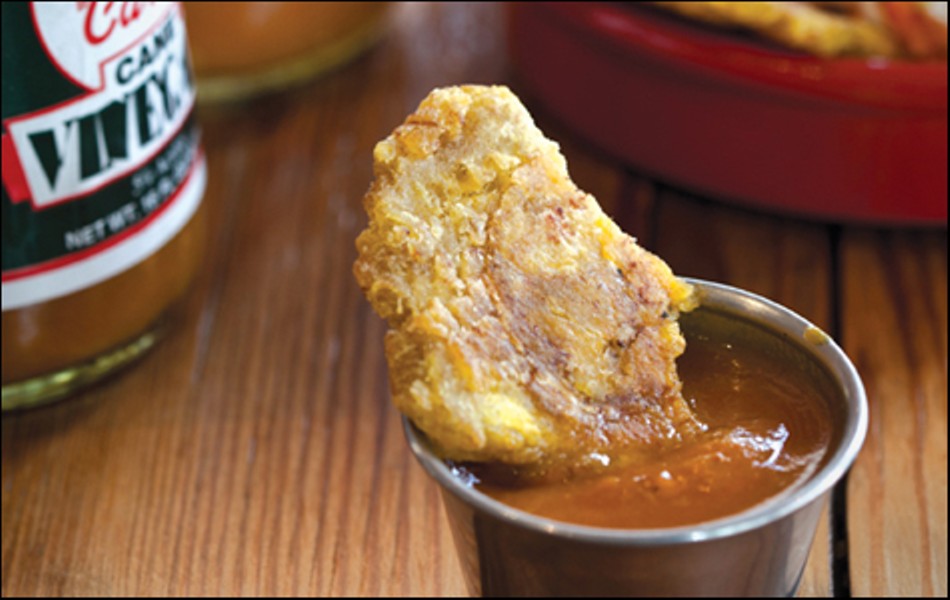 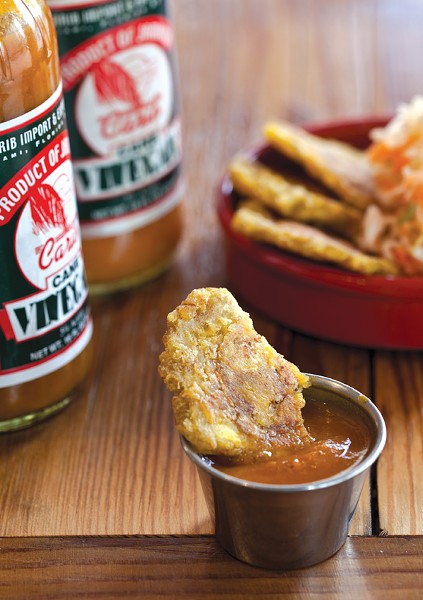 Zak Silverman knew for a while that he wanted to start a burger truck, but there was a problem: He didn't like ketchup. Well, he put it in a more eloquently chef-y way — "I've always had a strong aversion to gelatinized condiments" — but the fact is the same: He wanted to open an old-school-style American hamburger truck and wasn't into the single thing most associated with it — or at least not the classic, gloopy, brick-red Heinz version. Knowing that he didn't want to serve a product he personally detested, but also knowing that there was no way he could open a burger truck without it, he set about trying to make his own. It took a little while and a lot of trial and error, but ultimately Silverman settled on a particular blend of vegetables and spices, slow-stewed and immersion-blended.

The result was a huge success. According to Silverman, some people come to his truck, Doc's of the Bay, specifically for the ketchup — which is, by the way, fresh-tasting, nicely spicy, and absolutely leaps and bounds above anything that comes in a plastic bottle. "I feel like, of all things, ketchup is something that generations have grown up on to such an extent that it's almost sacred," he said. "But I do think our ketchup has changed the minds of some of our customers about what a ketchup can or should be."

Silverman is part of a small but growing breed of chefs who are applying their skills to the heretofore largely untouched world of condiments: Sean Baker of Berkeley's Gather makes nearly all his condiments in-house; Uptown's Camber eschews Tabasco for a proprietary (and very hot) blend of spices and vinegar; and Solano Avenue's Nature's Express makes its own vegan mayo. At Miss Ollie's, chef Sarah Kirnon's house-made pepper sauce — a mix of vinegar, carrots, chiles, and spices that manages to be both delicate and walloping — sits in a glass bottle on every table; it's already become something of an cult fascination for the Bay Area's hot-sauce obsessives.

In some cases, this is basically a matter of necessity. Nature's Express, for example, is strictly vegan, which means its commercial condiment options are already limited, and on top of that, according to manager Regan Maher, "we're a really health-oriented restaurant, so we don't want to serve anything that has a lot of preservatives."

But even restaurants without such strict proscriptions are starting to make their own condiments, and they're largely doing so under the logic that the sustainable-local-artisan ethos shouldn't stop at the kitchen door. After all, the idea goes, why prepare a high-end meal from quality, wholesome ingredients if every table in your restaurant is topped with a nonorganic, preservative-filled, commercially made bottles of Heinz, French's, and Tabasco ready to be slathered all over the top of it? A bottle of nonorganic commercial ketchup picked at random from the Express fridge had nine ingredients, two of which were variants on high-fructose corn syrup and one of which was that mysterious catch-all, "natural flavors"; the hot sauce, meanwhile, contained acetic acid, Xantham gum, and sodium benzoate. Not that there's necessarily a problem with that, but in a world where you can get an artisan version of almost anything, all those syllables certainly fly in the face of what many chefs — and diners — are looking for right now.

"Whether you grew up on Heinz or not, I think the new food movement has caused people to reconsider the food they've always loved," Silverman said. "A thing that's always puzzled me is why more chefs aren't making their own."

Perhaps because it's not particularly easy, cheap, or fast. As Baker put it, "It takes way less energy to open a bottle than to actually make what's in the bottle." His tomato condiment, for example — an elevated take on ketchup — is a time-consuming, labor-intensive product, made with fresh ingredients that are cut small and cooked down for hours by an actual human. But, he said, it's entirely worth it. "It's a choice I make with a lot of my products" — Baker also makes his own miso and fish sauce, among other commonly bottled condiments — "and it's a choice I make for the flavor: The quality of the spices is better. You get better sugars, better acidity, better balance." At one point, he said, Gather stopped making its tomato condiment for a couple weeks because it took so much time, but he and his fellow chefs believed it was important enough that they brought it back.

As for Silverman, Doc's is currently going through about a gallon of ketchup on a busy lunch shift and selling $6, sixteen-ounce jars of the stuff at a steady clip online and at the truck. Eventually, he said, he'd like to sell it at specialty stores and spin the ketchup operation off into its own, self-sustaining business. But in the meantime, he knows he's found success: "Only once in a blue moon do people ask me for Heinz."