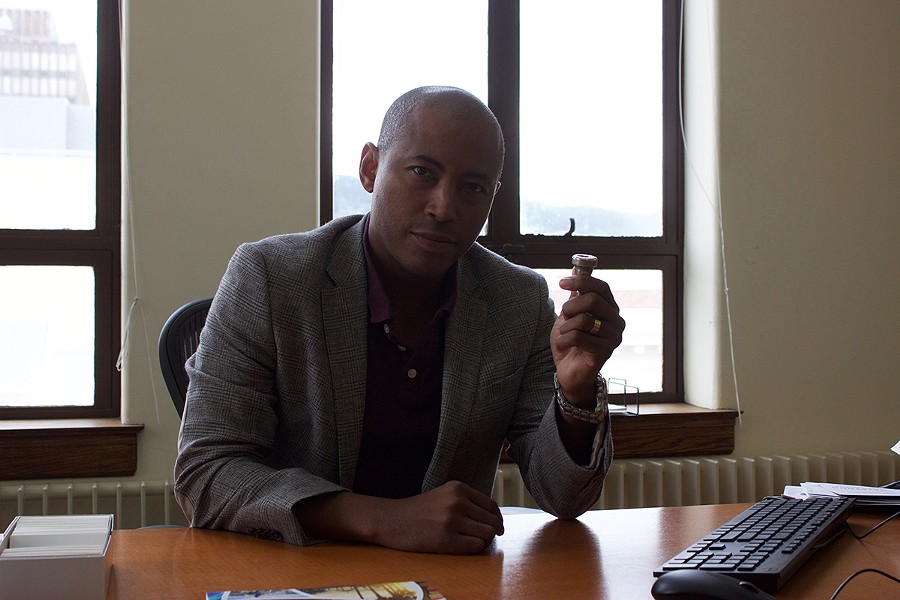 “They’re hoping it’s going to happen, but they don’t believe it,” said homeless resident and activist Mike Lee, on some of Berkeley’s recent policy proposals.

Specifically, he was referring to how Mayor Jesse Arreguin helped push through an initiative to build micro-homes for homeless individuals. After years of inaction, and persecution, on homelessness, Lee says the new developments signal a turn in the City Council’s treatment of those who remain housing insecure.

Last month, Berkeley City Council unanimously passed a “Step Up Housing” initiative, part of which will pay for 100 stackable “micro-PADS,” or prefabricated affordable units, built to house the city’s most vulnerable homeless residents.

From the outside, the units resemble glorified shipping containers. Inside, however, each is equipped with a bathroom and kitchenette, resembling a small studio apartment.

The initiative was championed by newly elected Councilmember Ben Bartlett, who over the course of a year spoke with homeless individuals to learn what they most urgently needed.

“I kept coming back to the lack of housing, the lack of a place to lock a door at night,” Bartlett told the Express.

Enter the micro-PAD: stackable units, that possibly will be built into larger complexes, with housing upstairs and fully equipped health and social-services locations on the ground floor. Bartlett envisions these on-site services as “a form of micro-hospital” that will take the place of single-resident-occupancy hotels.

“In terms of [homeless people] who are actively in need of support, and seeking to step-up into a better life, this is for them,” Bartlett said.

Lee agreed, calling the initiative a turning point in the city’s treatment of homeless people. “In the old regime, people weren’t provided anything,” Lee said. “[The City of Berkeley] spent at least one-third of their homeless services budget on the police.”

Both Bartlett and Lee cited the extensive wait list for Berkeley senior housing as an indication of the flawed system currently in place. Lee specifically said that he’s gone through three case managers in two years, and still hasn’t obtained housing. And Bartlett witnessed his mother experience similar hardship when she was priced out of her own living situation, and could not find housing through the senior center.

But, while touring a camp in Los Angeles, Bartlett discovered the smaller, modular-housing solution. That was only just over a year ago. With an estimated 1,200 people on Berkeley’s streets, and likely more, the need for solutions is urgent.

A subcommittee has been placed in charge of scouting possible city-owned locations for the stackable units. The committee will also choose the developers, following a competitive bidding process.

For a week in January, a micro-unit was staged on Allston Way, but this micro-PAD was just a prototype — the actual units may differ.

So far, the amount that will be spent on the micro-homes has not been established, but should follow shortly after the request for proposal is approved.

The micro-housing plan is part of the city’s larger vision for homelessness.

This past Thursday, for instance, Arreguin held a press conference to discuss his big-picture “Pathways Project,” a multimillion-dollar proposal to tackle chronic homelessness issues in Berkeley.

One highlight of this plan is the “Bridge Living Community”: a small community, not unlike a “tent city,” where individuals can live for up to four months and access services before moving on to more permanent housing.

Arreguin’s plan, conceived in partnership with Councilmember Sophie Hahn, would also include hiring outreach workers to engage homeless people on the streets, and also the establishment of a “STAIR Center,” which is not unlike the homeless navigation center in San Francisco. This would be a place where people could stay for a few months at a time and obtain help while transitioning into more permanent housing.

For Matthew Lewis, chairman of UC Berkeley’s ASUC Housing Commission, these new initiatives mark the “start of a new era with this progressive majority,” of Berkeley’s City Council — one that is finally taking housing and homelessness seriously.

A sub-committee appointed by Arreguin will be in charge of deciding who gets to live in the new micro units. The city must abide federal Housing and Urban Development guidelines, which take into account age, disabilities, and veteran status.

A mock-up financing plan drawn up by Bartlett estimates that inhabitants of the micro-units would pay about $300 per month in rent.

The construction of the micro-units also adheres to a more immediate timeline. Compared to more traditional-housing models, micro-unit homes can be constructed within six months.

Bartlett was quick to differentiate micro-PADS from “tiny homes,” or small, individualized dwellings that are trending across the United States. Earlier this month, for instance, a community in Portland, Oregon, approved the construction of a tiny-house village for homeless women. He explained that tiny homes might be the right fit for smaller communities with more land at their disposal. But for a city with 10 percent of the population on the streets, tiny homes are not space efficient. 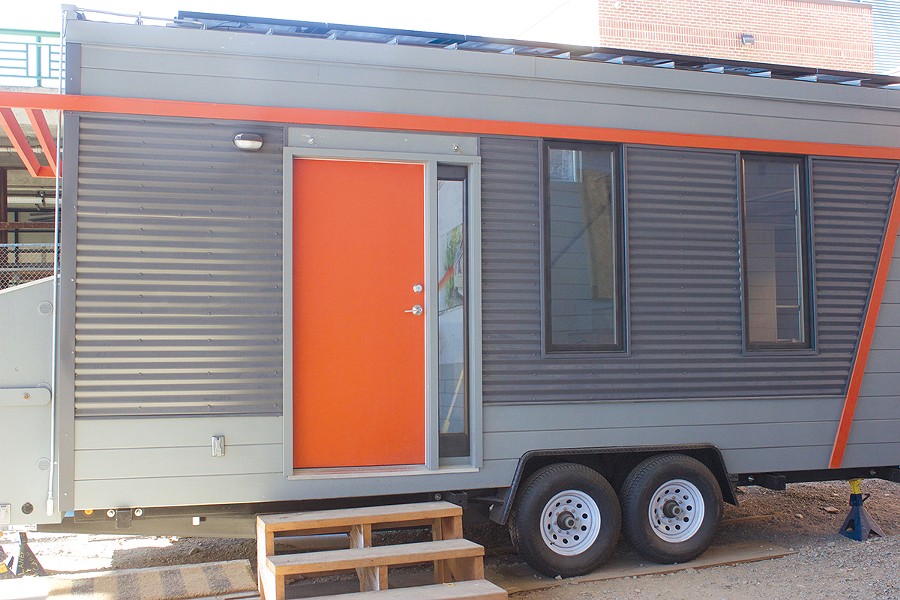 Land is a similar obstacle over in Oakland, where City Council recently approved a contract with Laney College for two prototype tiny homes, built through the school’s carpentry department. There is discussion that these tiny homes will be used on Laney’s campus for students who are housing insecure.

Matt Wolpe, an instructor at the carpentry department, said he has witnessed student homelessness firsthand: He says he was temporarily boarding a Laney student who otherwise would be unable to afford housing.

An advocate for the tiny-home solution, Wolpe recognizes they can be built affordably and “can have all the basic things that a regular house should have, just on a smaller scale.” He also stressed the importance of local production, as with the prototypes built by Laney carpentry students.

“I think there is a lot of potential in including locals in the construction, as well as the clerical distribution of whoever gets the houses in the end,” Wolpe said.

While the prototypes are not being built specifically with students in mind, the team is cognizant of making them easy to maintain. “We’re trying to design something that is as low-maintenance as possible, something that solves more problems than it creates,” Wolpe explained.

As for the micro-units in Berkley, Bartlett says he hopes the structures will be standing and operational within the next seven months.

It’s a prospect that, again, is almost too good to be true for some.
“People [in the homeless community] don’t actually believe it’s going to happen,” Lee admitted.

Emma Courtright is a news intern with the Express. She’s also an English and Media Studies student at UC Berkeley and a former Voice of America intern in Washington, D.C.