Berkeley is now home to the nation's only accredited, independent music conservatory dedicated to the study and performance of jazz. The National Association of Schools of Music has granted accreditation to the Jazzschool, a downtown Berkeley institution which officials have renamed the California Jazz Conservatory.

With its new certification, the school will house both a four-year bachelor of music degree in jazz studies and a non-degree-granting academy called the Jazzschool Community Music School.

“It’s enormously gratifying to have reached this important milestone,” Susan Muscarella, founding president of the Jazzschool, said in a statement.

Muscarella noted that the California Jazz Conservatory will qualify for federal student loan programs and can admit students from overseas. The accreditation also paves the way for new international partnerships and student-exchange programs, officials noted in today's announcement. Two global partnerships are already in the works — one with the University of Évor in Portugal, which launched a jazz program in 2009, and an exchange program with the Hockschüle für Musik Osnabrück in Germany.

Jazz pianist Benny Green, who grew up in Berkeley, will serve as the artist-in-residence at the conservatory during the 2014-15 academic year. Green will begin accepting students in private instruction in spring of 2014 and will teach a course called “The Language of Hard Bop” in the fall. 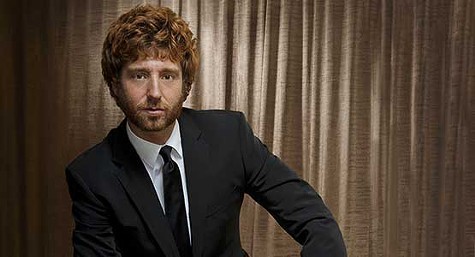 The degree program supports careers in performance, composition, musicology, education, recording, technology, and arts administration. The conservatory will enroll about 120 students in the four-year program, admitting 30 to 35 each year. Applications are available at cjc.edu.