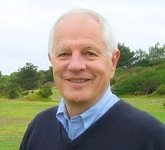 In a unanimous vote, the council approved changes to the city’s zoning rules that will promote the construction of accessory dwelling units, or secondary units (commonly known as in-law units, or granny flats). The measure was proposed by Mayor Tom Bates and crafted over a two-year period by Berkeley’s Planning and Transportation Committees. (See Item 16 on the agenda.)

The new rules create a virtual right for homeowners to add a secondary unit of housing to their property.

And a costly barrier, the $2,000 administrative use permit that most homeowners were required to obtain before building a secondary unit, has been eliminated.

Another major change is that secondary units can be built on lots of any size.

“I believe this will rank as one of the City’s major achievements in addressing our housing crisis,” said Mayor Tom Bates in a press release. “The plan also will support the City’s efforts to combat global warming by increasing urban density, especially near mass transit."

The new rules especially encourage the addition of secondary units within a quarter mile of BART stations by waiving rules requiring the parking spaces when a new housing unit is added.

And recognizing the problem of unregulated hotel-like residential rentals such as Airbnb that have been accused of reducing housing affordability in places like San Francisco and Los Angeles, Mayor Bates’ proposal added that secondary units “should be excluded from use as short term rentals.”