Berkeley Cafe Serves Up Scones with a Side of Racism, Says Comedian W. Kamau Bell 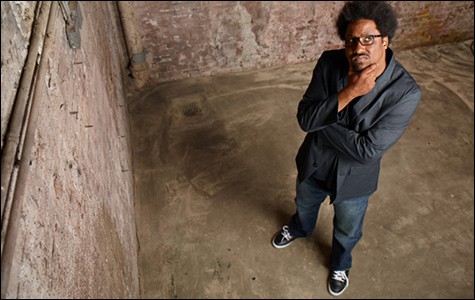 In the post, Bell recounts how he went to Elmwood on January 26 (Bell's birthday) to meet his wife (who is white) and a group of her white friends, and was treated rudely and asked to leave the restaurant, because an employee thought he was harassing the group, and trying to "sell them something." Ironically, he had just bought a children's book, The Case for Loving, about the couple whose lawsuit led to the Supreme Court's decision to strike down the ban on interracial marriages, and was showing the book to his wife and her friends. He describes what happened in the blog post as follows:


1. After buying the book and deciding not to get a bag for the book, I walk to the Elmwood Cafe.

2. I see my wife and her new mom friends all happily chatting and holding their babies while sitting at an outside table. It struck me how well my wife fit in with these new friends. (And not just because they were all white… although I think that may have made a difference to you.)

3. I walk over to them. My wife introduces me to them.

4. One of them asks about the book I am holding.

6. Seconds later there is a loud series of knocks on the window of the Elmwood Cafe. They are coming from the inside of the restaurant.

7. I look up and see one of your employees staring daggers at me.

8. The employee then jerks her head to her left aggressively and I see her mouth say something to the effect of…


I understand that on College Avenue in “Berserkeley” that you might get some characters coming through your establishment that you might not want to serve. And it is your right to refuse service. For example, when we had breakfast that morning, there was a white guy with dreadlocks sitting directly across from your doorway spare change-ing everyone who went into and out of your restaurant. And I could understand if a business thought he was bothering people and if that business had asked him to leave. But he was there the entire time we had breakfast, at least an hour, and I didn’t see anyone tell him to, “SCRAM!” But when I stood amicably talking to my wife for a few minutes, it was a different story.

Bell ends the post by saying he and his wife won't be patronizing the business anymore, even though his wife was a big fan:


Despite everything, I do believe in peoples’ ability to learn new things and in a business’ abilities to conduct better practices. It’s a key component to my intersectional progressivism. But that doesn’t mean you get have to have my family’s patronage as you go about your learning curve. And you definitely don’t deserve my silence. Because I believe if you told me to scram then you have probably done that or something equally dehumanizing (or worse) to another innocent person. And I definitely believe it will happen again if I don’t say something. And as much as it would be “easier” to let it go, if I did that I wouldn’t be fulfilling my duties as a member of the advisory Board of Race Forward, a racial justice organization, and I certainly wouldn’t be living up to my responsibilities as The ACLU’s Racial Justice Ambassador. Yup, thankfully I have little bit of a platform to try and prevent this from happening to anyone else.


Elmwood took to Facebook to apologize for the incident today, writing (they deleted it later) that they were "absolutely horrified to read about the account of the event that took place this Monday. We have zero tolerance for racism. We want to find out exactly what happened and take all steps necessary to rectify the situation."

But the apology may have come too late. Dozens of users took to Facebook and Yelp to give the restaurant a poor rating, and to air their dissatisfaction with the alleged treatment of Bell. Some of the reviews included: "Shameful. Mistakes happen, and one employee does not represent an entire establishment....but your silence speaks volumes. I'll be posting Kamau's article on FB, and encouraging more people to leave reviews." And "Sad, sad, sad the way this management has failed to address a community concern. No waffles are that good. Especially when served with a racist scowl."

As of an hour ago, Bell posted on his Facebook page that he and his wife talked to Michael Pearce, the owner of Elmwood Cafe, and "decided to have a public conversation about this. Details soon."

Elmwood shared Bell's status, apologized again, and noted that the talk between the Bells and the cafe "will be forthcoming and transparent and public as to what went wrong, and what actions we take to rectify what happened."

Update: On January 30, Elmwood wrote on its Facebook page that the employee in question was terminated:


The employee's misunderstanding of the situation is absolutely inexcusable. This is not who we are, or who we want to be.
We want to express our deepest apologies to Mr. Bell and his family. We look forward to meeting with him soon to discuss what further action we can take to rectify this.