Berkeley Author Tim Pratt on the Rise of Sci-Fi 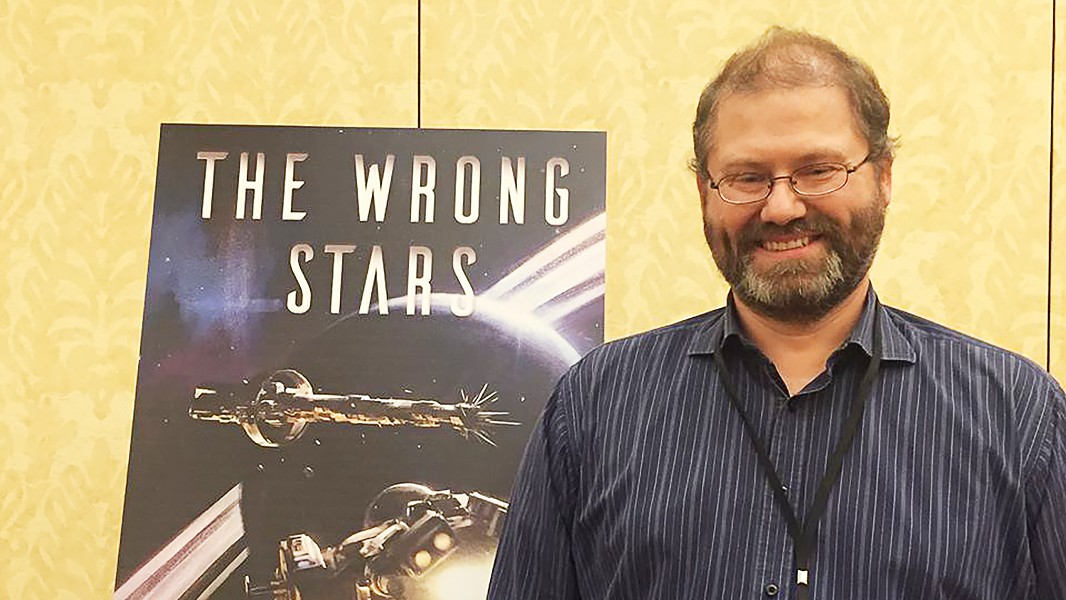 Some people used to joke that the golden age of science fiction is 13. That hacky riposte is now long out of fashion. While one shouldn't assert that readers love the genre universally, its influence on popular culture is vast, stretching far beyond the male teenage demographic.

For those who truly wish to understand the genre in its nut-and-bolts intricacy, there is but one destination. For most of its 50 years, Locus Magazine, based in Oakland, has been the newspaper of record for all things science fiction and fantasy, offering reviews, interviews, lists of forthcoming books, publishing news, and much more. The magazine or its online version, LocusMag.com, is regarded by many as required reading for anyone who dreams of pursing a career in the genre.

This month, longtime Locus senior editor Tim Pratt unveils his own latest contribution to the field, the second volume in his Axiom trilogy.

The Berkeley-based author of 25 novels and innumerable short stories offered this elevator pitch for his current space opera, The Dreaming Stars: "Set about 600 years in the future, it's about a rag-tag crew of post-human weirdos who fly off on a spaceship and have adventures."

The sequel to The Wrong Stars, The Dreaming Stars follows the crew members of the White Raven as they investigate the disappearance of starships following contact with a new kind of extraterrestrial. If that premise sounds a bit familiar, the Axiom books take tried-and-true tropes and give them a vigorous twist. The female captain has a queer romantic relationship with the space traveler she rescues, and the cast includes characters with disabilities, a rarity in old-school science fiction.

Pratt said he sees a broad shift happening within the genre.

"In terms of how the culture in science fiction is changing, it's so much more diverse than it used to be. N.K. Jemisin just won her third Hugo award for the third novel in her Broken Earth series. It's unprecedented," Pratt said. "More science fiction conventions are beginning to look more like my neighborhood in Berkeley: more diversity, younger people."

Locus Magazine itself reflects that growing sense of inclusivity. Pick up an issue or browse the site and you'll be immediately struck by the wide diversity of its contributors and its subject matter. The annual Locus Awards Weekend regularly nominates work by new non-mainstream writers and actively encourages people of color, women, LGBT people, people with disabilities, and older people to participate.

Pratt, 42, grew up in Greensboro, N.C., and attended Appalachian State University. After graduation, he attended the highly competitive Clarion Workshop, which has trained generations of science fiction and fantasy writers.

He moved to Santa Cruz, joined the Locus staff in 2001, and settled in the East Bay. As an editorial assistant, he closely worked with Locus Science Fiction Foundation founder Charles N. Brown, a nuclear engineer who began publishing the fanzine in 1968.

"My thought had always been that I would have some crappy day job that I didn't care about to pay the bills while I worked on my writing career," Pratt said. "Quite by luck and happenstance I was in a place and at a time when I could actually get a job I cared about. And I'm still there."

He learned a lot from Brown. "I think it's a testament to how well he built the magazine that it's been able to survive and thrive even without him guiding it," Pratt said. "As much as it was his magazine, he did empower his staff and teach us to do things. He wasn't a hoarder of secrets."

Pratt said he does all of the newswriting for the magazine, and he edits and occasionally conducts the interviews. "I write the obituaries, which is the closest thing in my life to a sacred trust," he said. "It's very important to me."

Brown died in 2009, but he bequeathed his house to Locus, which recently moved offices from San Leandro to Oakland's Preservation Park. As is the case for much of print media, the magazine's ad revenue and circulation have decreased significantly over the years, so the nonprofit is dependent on donations and grants.

For his own writing, Pratt maintains a Patreon site in which readers can make a monthly pledge and receive a short story in return. According to Pratt, it has a small but devoted following. "For me, the key was that it would give me a deadline every month. I had to trick myself — mess with my cognition — to make it so that I would focus on short stories again," he said.

The Axiom novels pay tribute to the work of Iain Banks, Lois McMaster Bujold, and M. John Harrison, so there are mysterious gigantic artifacts, mind-bending technological breakthroughs, and intriguing speculations about habitable planets and Artificial Intelligence.

"There's this discovery that there is this vast, malevolent race — the Axiom — that is behind the scenes in the galaxy and has set all kinds of terrible things in motion," Pratt explained.

The series is a change of pace for Pratt, whose specialty is fantasy, epitomized by the novels and stories featuring urban sorcerer Marla Mason. That 10-volume series concluded in 2017.

"I think it's important as a writer to keep building your skill set and keep working at the edge of your competence," Pratt said.

Predicting the future is a fool's game, but it seems likely that science fiction will continue its renaissance.