Behind the Scenes of Record Store Day

An impressive stack of RSD releases, but no where near 1-2-3-4 Go!'s total

Metallica helped kick off the first Record Store Day, in 2008, with a signing at a Rasputin in Mountain View. Since then it has become a globally observed celebration, with more stores, artists, and labels participating than ever. RSD aims to shine the spotlight on the stores, rather than on the products, with in-store events ranging from performances and signings to giveaways and contests. And Carrie Colliton, one of the co-founders of Record Store Day, said special releases are key to event’s success. “If the pieces were mass produced and available everywhere they wouldn't have the same draw,” said Colliton. “It’s this limited, special nature that creates the buzz.” There are more than 350 releases this year, up about 100 from 2012, and just ten in 2008.

One of the most significant results of that growth: When it comes to the availability of specific releases, there are no promises. The eleven-page list of RSD releases doesn’t guarantee that any one item will be in any specific store. And even if the record you want is in the store, the limited number of copies available make securing it a challenge in itself. The die-hard fans lined up outside before the stores open might be there for nothing. (See our complete guide to what's happening at Bay Area stores here) 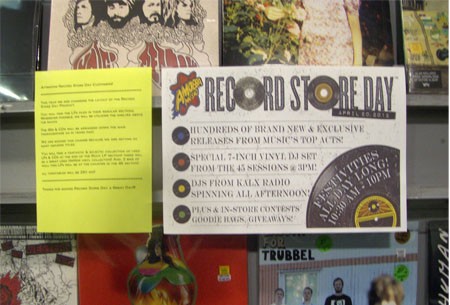 Colliton’s advice to RSD shoppers takes a well-rounded and holistic approach. “The best thing to do is to have an ongoing relationship with the store you’re going to be visiting,” said Colliton. “Your record store has good stuff for you all year long, not just on Record Store Day.”

Something else to keep in mind: The stores don’t know what they’ll have until it’s been delivered. Record stores typically buy their music from distributors rather than from the artists’ labels; Record Store Day is no different. Stores place their orders in March, but — due to the limited quantities and higher number of orders — until the stores have the package in hand, they can't tell you what they’ll have or how many of them. Often the shipments are delivered within days of the event.

Marc Weinstein, co-owner and-founder of Amoeba, estimated he could order twenty copies of something and only get two. Despite the limited supplies, he still loves Record Store Day. “It revives a once vivid music culture,” said Weinstein.

Weinstein said the morning rush has presented a logistical concern. “Once doors open and everyone rushes in, it’s a frenzy that anyone who didn’t know what was going on would find confusing,” said Weinstein. “Every store faces the challenge of how to make it as fair as possible.”

Many Amoeba staff meetings have been dedicated to figuring out the best way to promote fair access. “Historically Amoeba crowded the releases to one area of the store, but now they are experimenting with putting them in the normal artist sections,” said Weinstein. 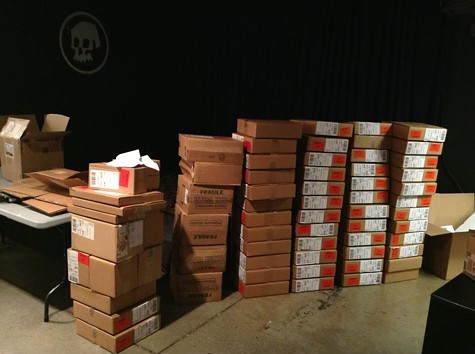 Steve Stevenson, owner of 1-2-3-4 Go! Records in Oakland, compares the ordering process to the in-store frenzy. “[It is] truly random in every way,” he said. “There is a big misconception when it comes to Record Store Day. It makes it seem like [the list] is an order sheet that we pick and choose from and that we have equal access to these releases.”

“The first year, it was really nice,” said Stevenson, recalling his first RSD at the store’s previous, smaller location. “People helped each other out. Tall people helped short people. Everyone handed things to one another across the crowds of people.”

Go ahead and ask if your store ordered what you’re looking for, but be satisfied knowing there is a chance it might not arrive or someone might snatch it up before you. “I won't be releasing a full list at any point because I want people to take the gamble,” said Stevenson. “That is part of the magic of record stores to me. You never know what you'll find inside.”