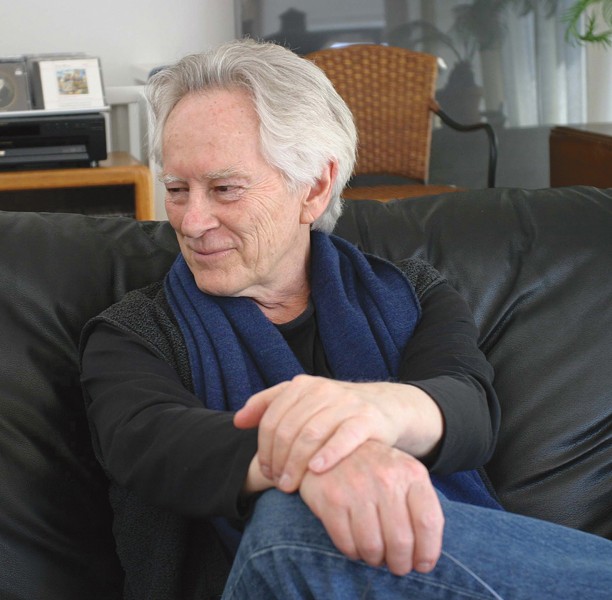 I first met Michael McClure when I was a bookseller at City Lights Bookstore in the early 2000s. More familiar with his dashing demeanor, mane of thick hair and iconic photos of him with Bob Dylan and Jerry Garcia than I was with his poetry at that time, I had an instant flash of recognition when I saw him in a sharp black coat standing in front of the legendary storefront window, as if posing to recreate a photo taken long ago. I was overwhelmed by the generosity of spirit and wit, and of the thoughtfulness he showed to an aspiring writer he had just met.

Over the years, McClure often dropped into the store to visit with owner Lawrence Ferlinghetti, who had an office upstairs. Whenever he saw me at the counter, he'd inquire about my writing and give me words of encouragement and advice. Having taught at California College of the Arts for 43 years, his comments became an invaluable storehouse of lessons, exercises and prompts in my mind. Similarly, his poetry readings were master presentations.

On May 5, on Facebook, the writer Michael Young was the first person to let me know about his passing. The accompanying image was of McClure with Young's father, the poet Al Young, and Ishmael Reed at the 2013 SF Jazz and Poetry Fest, three elder statesmen in the world of arts and letters.

McClure was a continuous teacher who touched the lives of artists across all genres everywhere he went, recalled writer, poet and musician Davu Flint—currently sheltering-in-place in Berlin, Germany—in a Facebook message.

"He was an amazing guy," Flint wrote. "Amazing drinker. I had been a fan for years ... and I met him once in San Francisco and had a few rounds with him. He was the reason Jim Morrison started publishing poetry. He told me one time him and Jim were in Paris drinking tequila and talking poetry all night and the next day he was so hungover it was like 'a mescaline high.' I remember he said, 'mescaline high.' And I was, 'Damn! Now I gotta try mescaline!'"

McClure's influence on the '60s and '70s music scene can't be overstated. Not only did he mentor Morrison, he performed with Doors keyboardist Ray Manzarek until his death in 2013, penned "Mercedes Benz" for Janis Joplin, conferred with Dylan and Robbie Roberson on a regular basis and appeared in Martin Scorcese's 1978 movie about The Band, The Last Waltz.

Although the honor has been given to both Jack Kerouac and Allen Ginsberg, it could be argued that Michael McClure is the father of The Beat Movement. According to a 2015 San Francisco Chronicle article, in 1955, the 22-year-old McClure was tasked with organizing a reading at San Francisco's Six Gallery, but because his wife was expecting, he did not have the time to do it. Ginsberg, a close friend, offered to help. "Allen said, 'Do you want me to put together the reading?'" the article quoted McClure as saying. "I said, 'Absolutely, man, that would be good.'"

That reading, which included both McClure and Ginsberg, along with Gary Snyder, Philip Whalen, Phillip Lamantia and Kenneth Rexroth, is where Ginsberg introduced his long poem "Howl," which many consider to be the exact moment the Beat Movement began. Had it not been for McClure, that moment would not have happened.

Over the years, both the Beat Movement and many of its core members did not stand the test of time well. McClure was an exception.

McClure is usually associated with The San Francisco Renaissance school of poetry along with Rexroth, Jack Spicer, Robin Blaser and Robert Duncan, his mentor at San Francisco State. Like Duncan, McClure's poetic vision was deeply influenced by Charles Olsen and modernistic innovations, while spiritually engaging with the natural world. An example is the poem he read at the famous 1955 6 Gallery gathering—"From The Death of 100 Whales"—based on a Time magazine article he read in which bored U.S. soldiers killed whales for sport:

The liners boiled their pastures:

The liners of flesh,


Brains the size of a teacup

Mouths the size of a door

Mowers and reapers of sea kine.

Shot from the sea's bore.

Gnashed at their tails and brothers

Snapped at the sun,

Ran for the Sea's floor.

No angels dance those bridges.

There are no churches in the waves,

No passages or crossings

From the beasts' wet shore.

Though "traditional" in stanza and meter, the confrontational subject matter and voice stand out. Many of his later poems ripple with Impressionistic embellishments that are just as satisfying read aloud as viewed in print:

The last time I saw McClure, he had just finished a reading with Ferlinghetti and Snyder at Club Fugazi in North Beach, San Francisco. They, and a few of us City Lights folks, found a nearby open-air café and the wine and words flowed. What I most remember about McClure that night was how his boundless energy was matched only by his enduring love for the arts and artists; and his endless curiosity.

"Michael would listen/talk on any subject, always learning something new," he said. "This is the part of his spirit I hope to take with me. Michael was the personification of friend Ed Sanders' dictum, 'refuse to be burnt out.'"