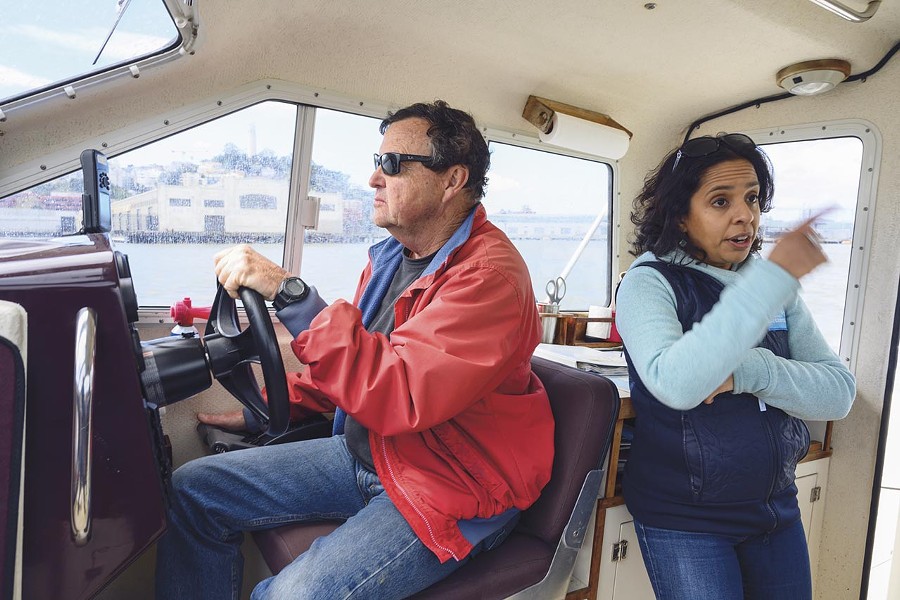 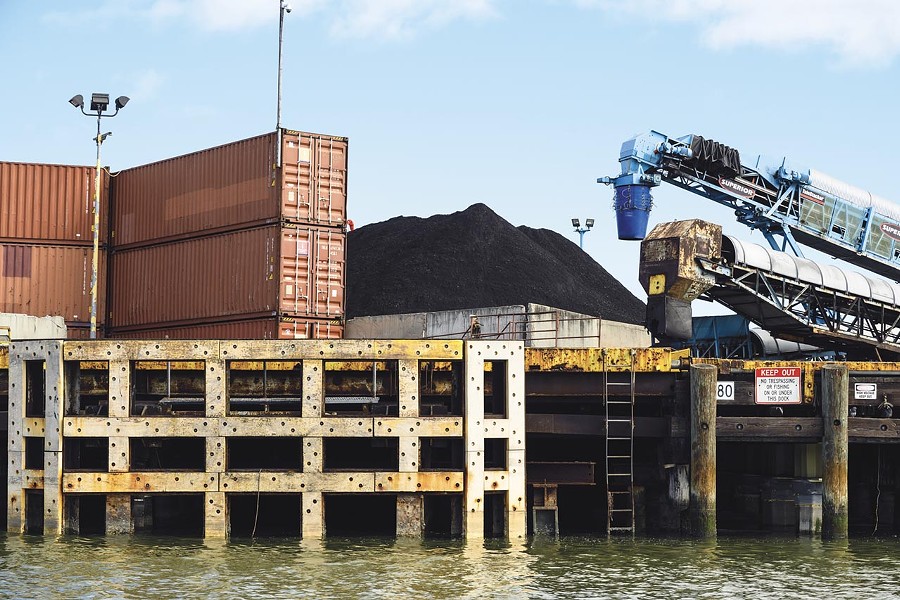 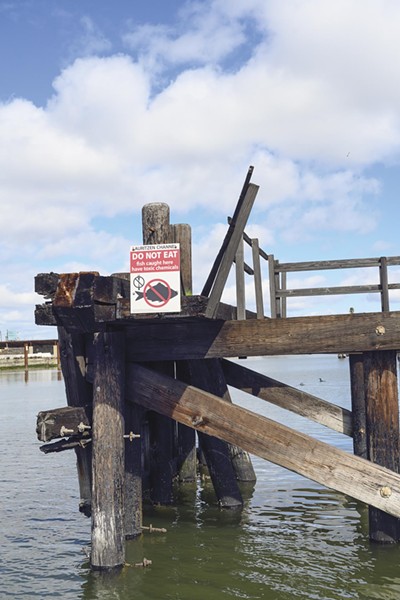 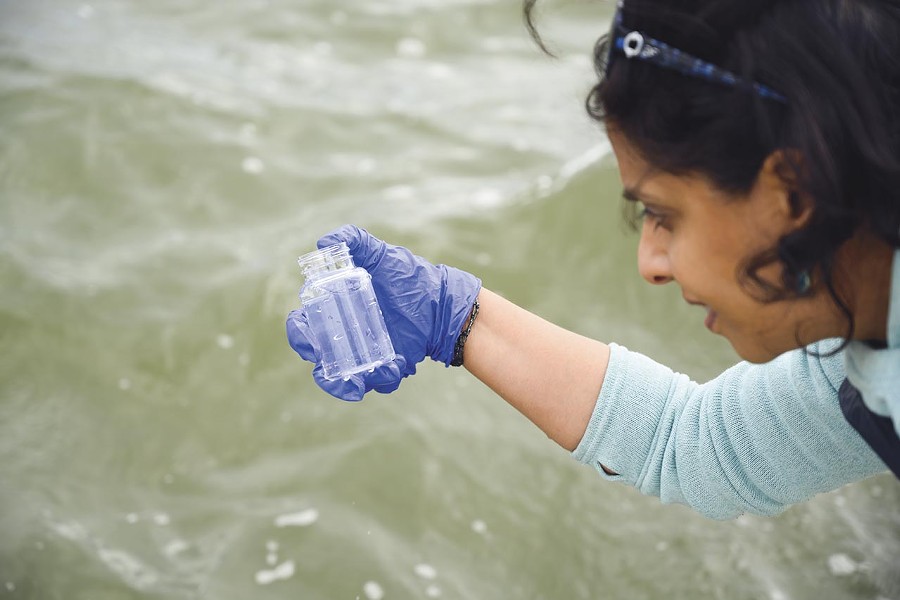 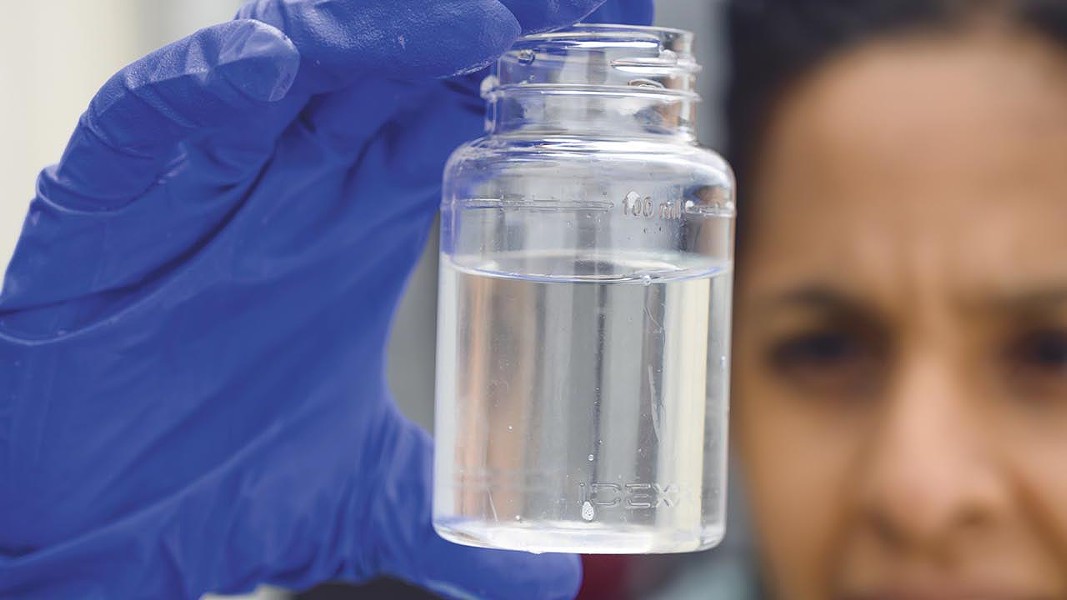 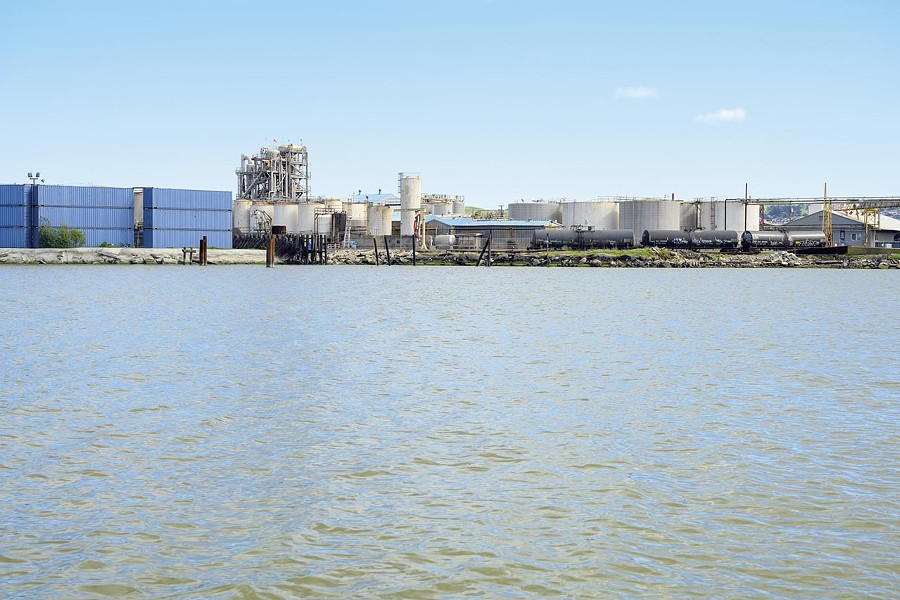 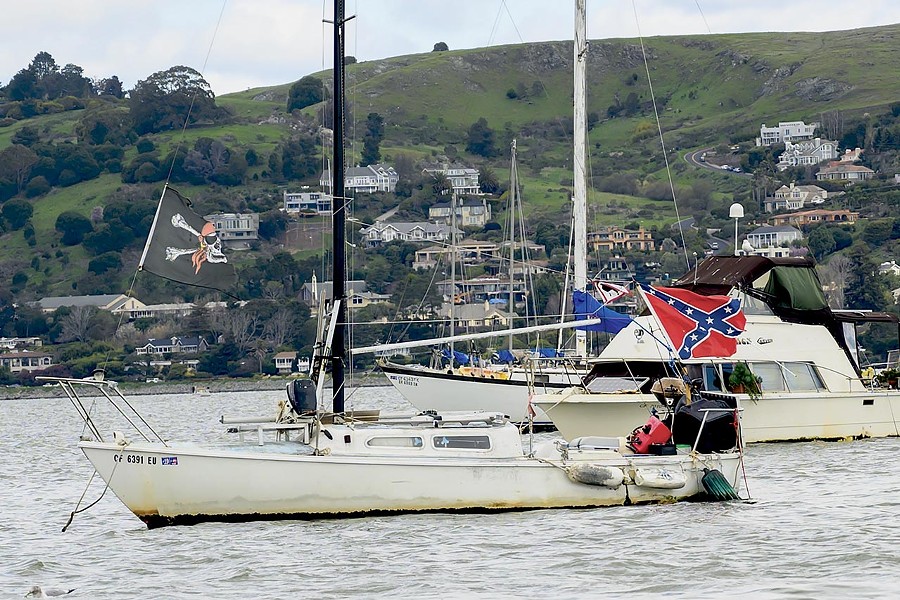 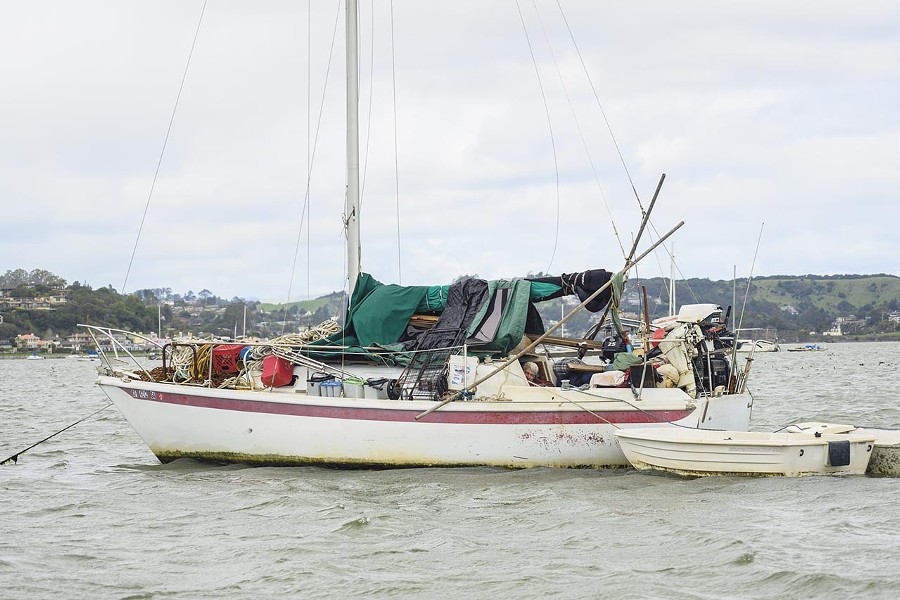 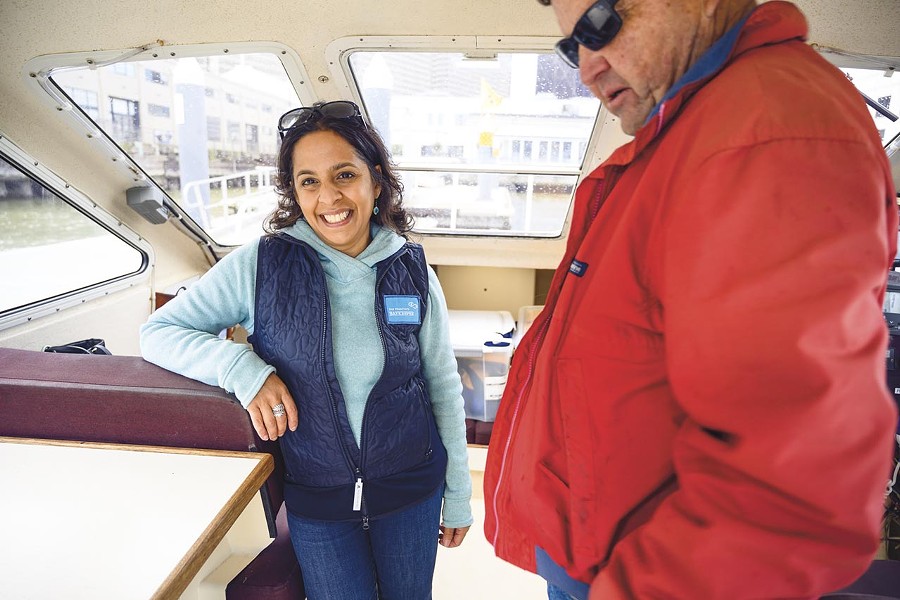 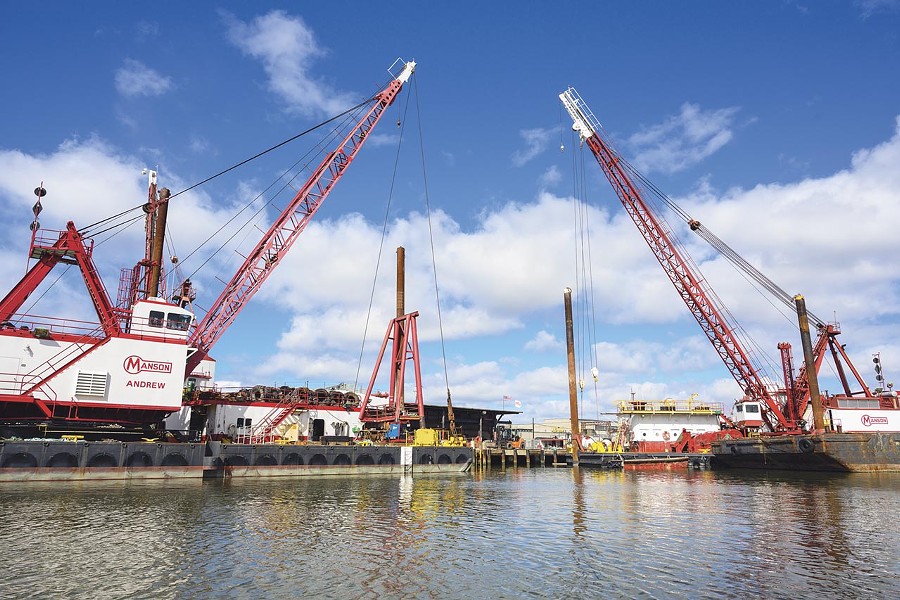 Measuring trash is a sloppy business, which could explain why cities complying with the stormwater permit are still filthy.

"You can measure trash in a lot of different ways — by count, by volume, by mass, which varies whether it's dry or wet," said Tony Hale, program director for environmental informatics with the San Francisco Estuary Institute.

Hale said cities each have their own method of measuring trash. "The data is therefore less likely to be comparable," he said.

The San Francisco Estuary Institute and the Southern California Coastal Water Research Project are working on a project funded by the California Ocean Protection Council to help determine if different methods of measuring trash in the environment are reliable. The results, Hale said, could be used to guide municipal programs for trash monitoring.

Choksi-Chugh calls the goal of total trash elimination "laudable" but says it should be, by now, producing visibly cleaner waters, which, she said, it's not.

"We are seeing now that their plans to 'comply' bear little consequence on how much of their trash reaches the Bay," she wrote in an email. "The Board should be reevaluating their initiative and getting the cities on track to achieve meaningful trash reduction, instead of rubber-stamping compliance reports and patting everyone on the back."

The unsightly shoreline of Richmond seems the most obvious place in the Bay to look for toxic runoff, effluent and dumping. The Ghost Fleet of Suisun Bay was another clear point source of pollution until, after decades of leaking metallic and chemical decay into the water, the last of 57 abandoned military ships was removed from the water in 2017.

A similar, but much more furtive, threat to water quality lies about 30 miles by boat to the southwest of the former Ghost Fleet anchorage, in the protected waters of Richardson Bay. Here, a few hundred yards from the elite communities of Sausalito and the Tiburon Peninsula, a fleet of anchored boats has become the focus of controversy, a social justice issue, and a headache for activists trying to stem the flow of trash and contamination into the water.

The boats — mostly sailing vessels — may once have been the pristine trophies of ambitious long-range sailors or weekend hobbyists, and their presence from afar gives one impression this is a high-status sailing destination.

Closer up, that false aura fades. The boats are grimy gray, and many are packed with junk like a hoarder's overflowing garage. One small sailboat sports two prominent flags, which are fully extended in the stiff breeze — a classic skull-and-crossbones pirate's flag and a U.S. Confederate flag.

The organization has been studying the problem of unpermitted live-aboards — essentially an extension of the region's terrestrial homeless crisis. Beth Pollard, the executive director of the Richardson's Bay Regional Agency, said that historically, the number of boats here has numbered about 75, with roughly half occupied.

"Then came the 2008 recession," she said. This economic crash, often associated with the subprime mortgage crisis that cost so many people their homes, also caused many to abandon their boats. At the same time, many more people, abruptly without homes on land, took up living in boats on the Bay. As a result, the number of abandoned and occupied boats spiked.

Pollard said that before the recent storms, some 200 boats were anchored in Richardson Bay. Some got swept away by high winds, and owners relocated others before and after the atmospheric rivers slugged the region. Currently, she said, the fleet numbers about 160.

Human waste emissions from these boats gets more attention than the matter deserves, Pollard said. Landlubbers, even those with homes, pose a more voluminous problem. Sewage spills from treatment plants amount to a much greater environmental impact, she said.

"People latch onto [the sewage issue], but it's a drop in the bucket compared to what cities release into the Bay," she said.

Of much more concern are the boats' anchor chains. Many of the boats remain in place for months, if not years, at a time. Thus, as the winds change and the tide turns, the boats drift this way and that. This causes the heavy anchor chains to drag and scour the bottom, creating submarine crop circles in eel grass beds that are visible from the air when the water is clear enough to see the bottom. This, Pollard said, threatens the spawning grounds of Pacific herring, which enter the Bay by the hundreds of millions each winter to lay and fertilize their eggs on various surface types, including rocks and vegetation.

As discussion ensues over how to regulate this community, nobody, Pollard said, has been evicted from Richardson Bay. The stakes, perhaps, are too high. With few other parts of the Bay offering such protective anchorage outside of marinas, it isn't clear where else they could safely go.

Still, Choksi-Chugh and her organization are gaining some notoriety here among the live-aboards, not all of whom welcome their presence. As the San Francisco Baykeeper passes close to a weathered sailboat, a man standing plainly in the open, holding the mast for balance, jabs a pointed finger toward the central Bay — apparently wishing to see the Baykeeper disappear. On an adjacent, smaller boat cluttered with belongings, a salty, unhappy complexion appears from the cabin doorway. The whitehaired man shoves a middle finger at the watchful eyes on the Baykeeper.