March 14, 2017
1 comment
On Saturday at Peter Thiel’s San Francisco home overlooking the Bay, protesters demonstrated against a collaboration between Immigration and Customs Enforcement and Palantir Technologies, a data-mining firm that Thiel co-founded.

As reported in The Intercept, ICE will be using a new Palantir product called Investigative Case Management to to aid in its expanded deportation mission. Palantir is named after crystal orbs in the Lord of the Rings, which allowed evil overlord Sauron to spy on enemies throughout Middle Earth — a reference not lost on one protester, who carried a sign that read, “Don’t build technology for Mordor.”

But for Vinhcent Le, an attorney who works for the Greenlining Institute, the threat is much more immediate: “Our country has a history of racism and bias, and the data reflects that,” he told the crowd. “We all can be targets next.” 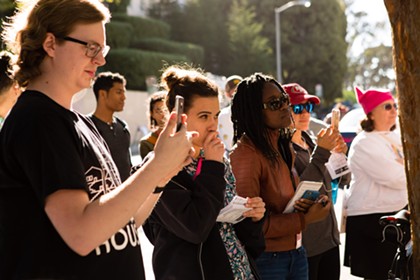 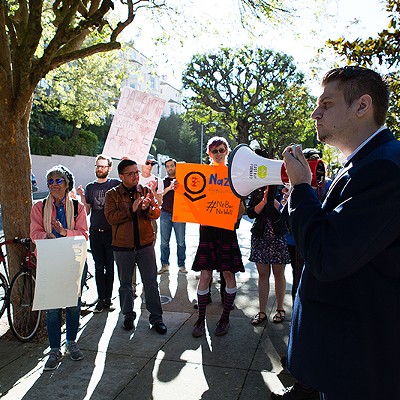 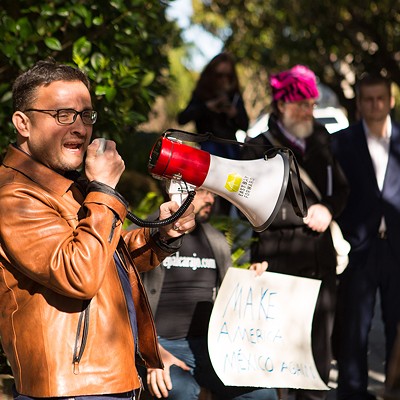 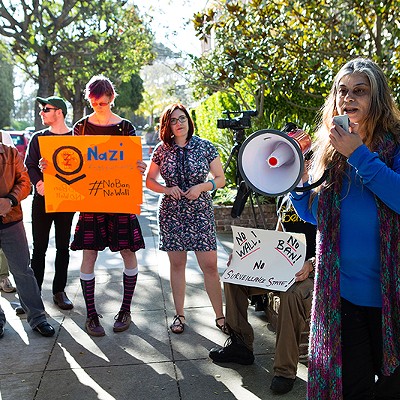 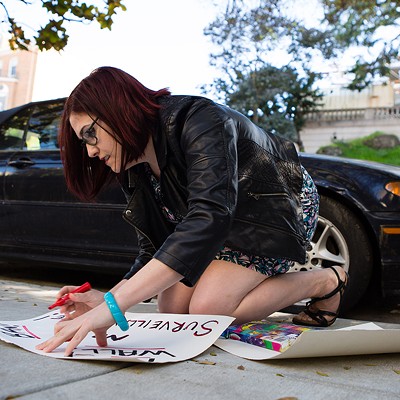 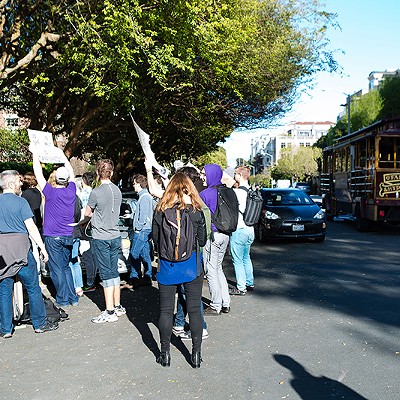